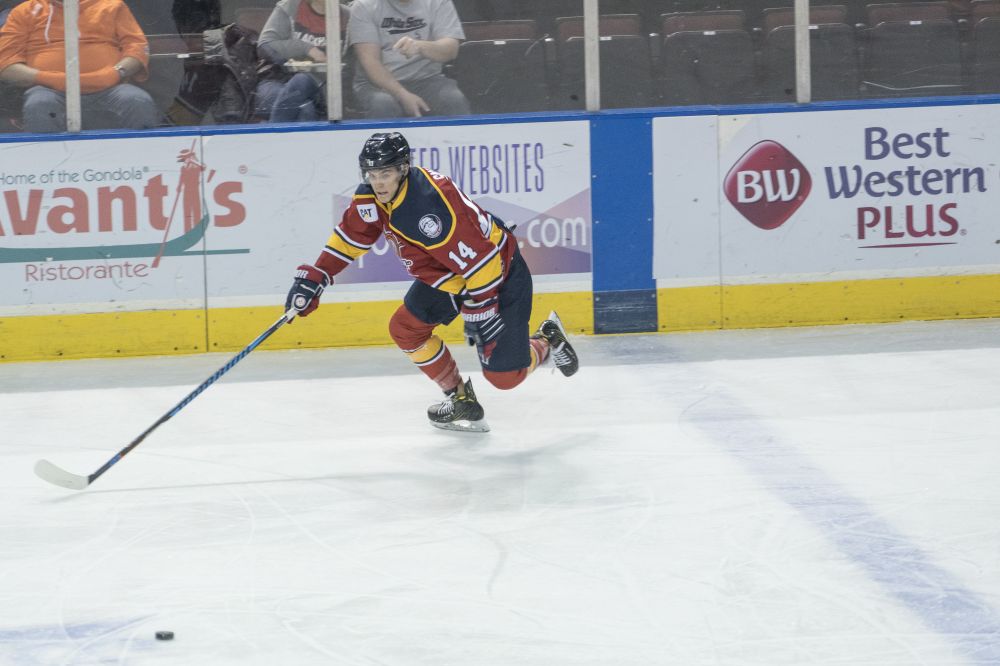 Peoria, IL – The Peoria Rivermen announced today that the team has signed forward Will Smith to a professional tryout agreement for this October’s training camp. Smith returns to the Rivermen after he posted 33 points in 39 games for Peoria last season before being placed on season-ending injured reserve in March.

Smith, 22, began his pro career last October for the ECHL’s Indy Fuel, playing in five games without registering a point before being released November 8. Smith made his Rivermen debut against Knoxville Nov. 11 and remained with the team until he suffered a season-ending injury in the opening period of a March 16 game at Pensacola.

The East Longmeadow, MA native totaled 15 goals and 18 assists for the Rivermen last season, and his four game-winning markers finished one shy of the team lead. Smith also posted a point or more in 10 straight games from Feb. 10 through March 4, compiling 17 total points and a +9 rating during that stretch.

“We’re thankful to get Will back after he suffered that injury that ended his season last year,” said Rivermen head coach Jean-Guy Trudel. “He was a big part of our offense last season, and if he can bring that same fearless speed to our forecheck this year he can be a big piece to our puzzle.”

Smith becomes the 13th player to sign a tryout agreement with the Rivermen this year and is the fifth member of last season’s Rivermen roster to sign on for this October’s training camp. Single-game tickets for all 2018-19 Rivermen home games will go on sale October 1 at 10 AM, and season and group tickets are available now by calling the Rivermen office at 309-676-1040.