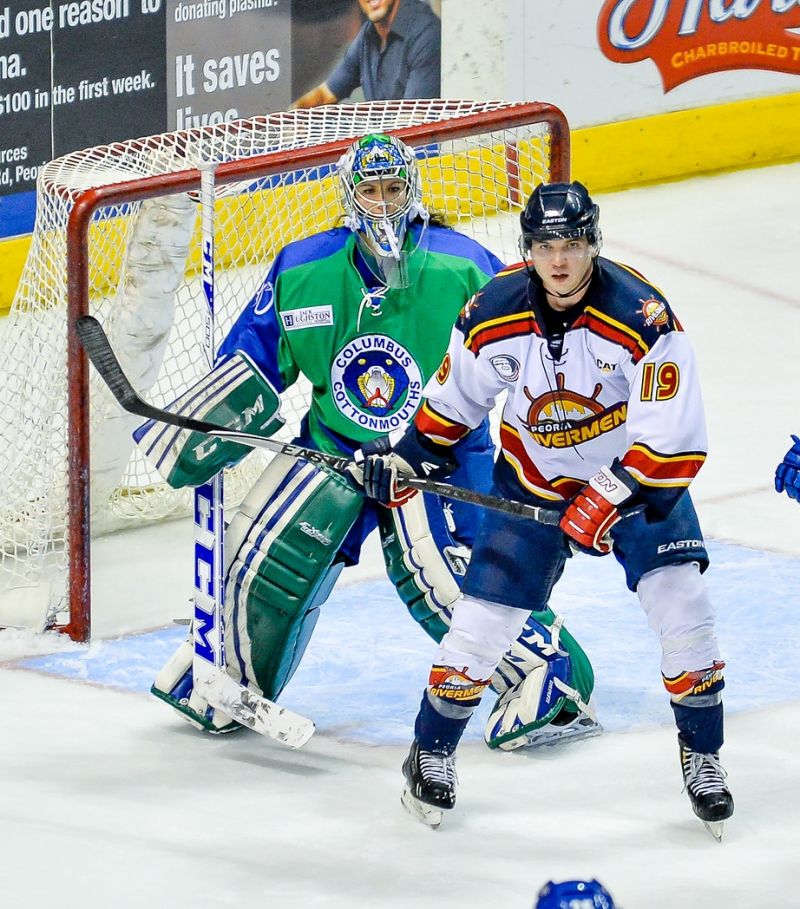 PEORIA, IL - The Peoria Rivermen on Tuesday announced that they have signed goaltender Shannon Szabados to a professional tryout contract for their 2016 training camp, where Szabados will compete for a spot on Peoria's opening night roster. Szabados joins the Rivermen after spending parts of three seasons with Columbus, where she became the SPHL's first female player at the end of the 2013-14 season before spending two more full years with the Cottonmouths.

Szabados, 30, led Team Canada to Gold Medals at the 2010 Vancouver and 2014 Sochi Winter Olympics before making her professional debut for Columbus March 15, 2014 in a losing effort against Knoxville. In her SPHL career, Szabados has gone 20-22-6 over 49 appearances with a 3.37 career GAA and a .908 save percentage.

"We are really happy to have Shannon coming to camp," said Rivermen head coach Jean-Guy Trudel. "She's no stranger to playing big games on big stages, including two Olympics, and she's had success playing with men in juniors and in college before coming to the SPHL. We're looking forward to seeing what she can do in our training camp next month."

Before competing in the 2014 Sochi Games, Szabados completed her collegiate career in the men's Alberta Collegiate Athletic Conference by leading North Alberta Institute of Technology to a conference title, going 15-2-0 before finishing the postseason a perfect 6-0. Over her final two collegiate seasons after transferring to NAIT, Szabados logged a 22-9-2 record and a 2.02 GAA over 34 regular-season games.

Szabados joins collegiate standouts Troy Passingham and Tyler Green as goaltenders expected to compete for two goaltender spots on Peoria's opening night roster October 21 against the Huntsville Havoc. Single-game tickets for all of Peoria's 2016-17 home games are currently on sale through the team office or the Toyota Box Office at the Peoria Civic Center.