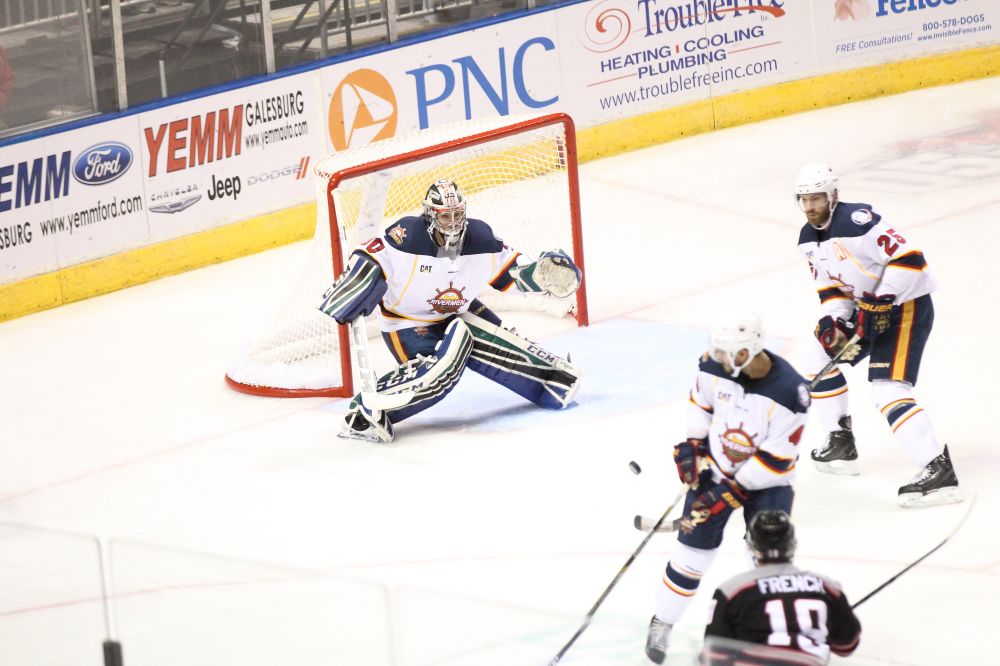 PEORIA, IL – The Peoria Rivermen announced on Monday that the team has released goaltenders Storm Phaneuf and Shannon Szabados following the Rivermen’s Opening Weekend losses to the Huntsville Havoc in which Peoria was out-scored 11-2 in two games.

Additionally, the team has placed defenseman Carl Nielsen on indefinite team suspension after he chose to leave the team for personal reasons. The Rivermen also announced on Monday that the team waived rookie forward Ian Harris.

“After our first two games, I thought our goaltending wasn’t good enough to compete, and changes had to be made,” said Rivermen head coach Jean-Guy Trudel. “We’re going to continue adjusting our roster as needed until we find a group on and off the ice that I feel can accomplish our primary goal here in Peoria, which is to build a winning team here in Peoria and bring our fans a championship.”

In corresponding roster moves today, the Rivermen added goaltenders Matt Grogan and Tyler Green, both of whom spent time in training camp with Peoria earlier this month. Green, 24, spent four collegiate seasons at the University of Wisconsin at Eau Claire, where he finished last season 10-5-3 with a 1.83 GAA and a .944 save percentage. The 2015-16 WIAC Player of the year finished his collegiate career with a 30-16-4 record and a 2.06 GAA over 51 games.

Grogan, 28, finished a stellar college career of his own at the University of Connecticut in 2014,and split time last season between SPHL Mississippi and ECHL Tulsa. Over four games with each he was 4-0-0 for the RiverKings and 2-0-1 with the Oilers.

The Rivermen return to action this Friday and Saturday when they play a pair of road games at the Macon Mayhem. The Rivermen and Mayhem faced each other in the first round of last season’s SPHL President’s Cup Playoffs, with the Rivermen winning in three games before eventually advancing to the finals.