Wallin Returns to Peoria Prior to Weekend Clash with Huntsville 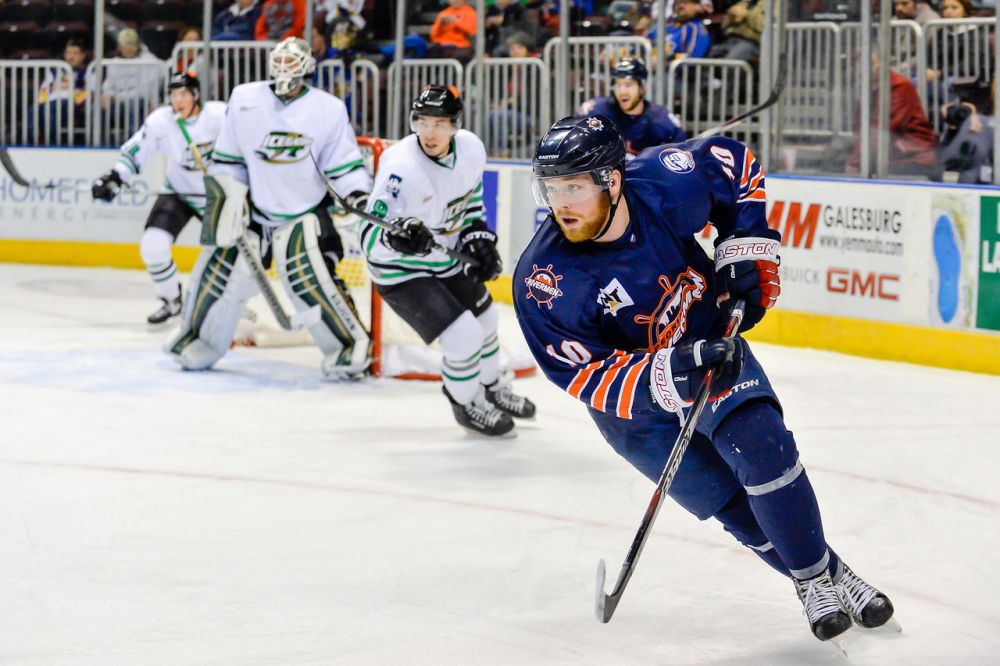 Wallin Returns to Peoria Prior to Weekend Clash with Huntsville

PEORIA, IL – The Peoria Rivermen announced the signing of center-winger Terrence Wallin to a contract Wednesday, as well as the release of defenseman Mitchell Mueller. Wallin skated in 33 games for Peoria last season, posting 12 goals and 11 assists before earning a call-up to ECHL Adirondack, where he logged an additional 11 points on four goals and seven assists in 25 contests.

Wallin joined the Rivermen last season after completing a four-year collegiate career at UMass-Lowell, where he tallied 16 goals and assisted on 34 others over 138 games. After coming to Peoria and joining the Rivermen lineup for Peoria’s  November 3 game at Mississippi, Wallin notched his first pro point with an assist November 20 against Louisiana, and tallied his first pro goal as part of a two-point performance November 27. The rookie notched a six-game point scoring streak from January 2-16, including his first pro hat trick to go with two assists in Peoria’s 7-3 win at Fayetteville January 9.

“We’re stoked to get Terrence back on our roster here in Peoria,” said Rivermen head coach Jean-Guy Trudel. “He’s a great two-way forward who plays a 200-foot game. He’s got great instincts and a high hockey IQ to go with an excellent work ethic. We think he’ll be a great fit into the roster we’re continuing to build here with the Rivermen.”

To make room on the roster, the Rivermen also waived rookie defenseman Mitchell Mueller on Wednesday. Mueller, 22, recorded his only point, an assist, in his pro debut October 28 at Macon. All told, the Bakersfield, California native played in four games for the Rivermen, finishing with a -1 rating.

The Rivermen return to action this Saturday at home when they host the Huntsville Havoc at 7:05 P.M. Saturday will be Peoria’s Military/Veteran Appreciation Night, with the Rivermen wearing specialty camo-themed jerseys to be auctioned off after the game. Information on special ticket discounts can be found at Rivermen.net and by calling the Rivermen office at (309)-676-1040.