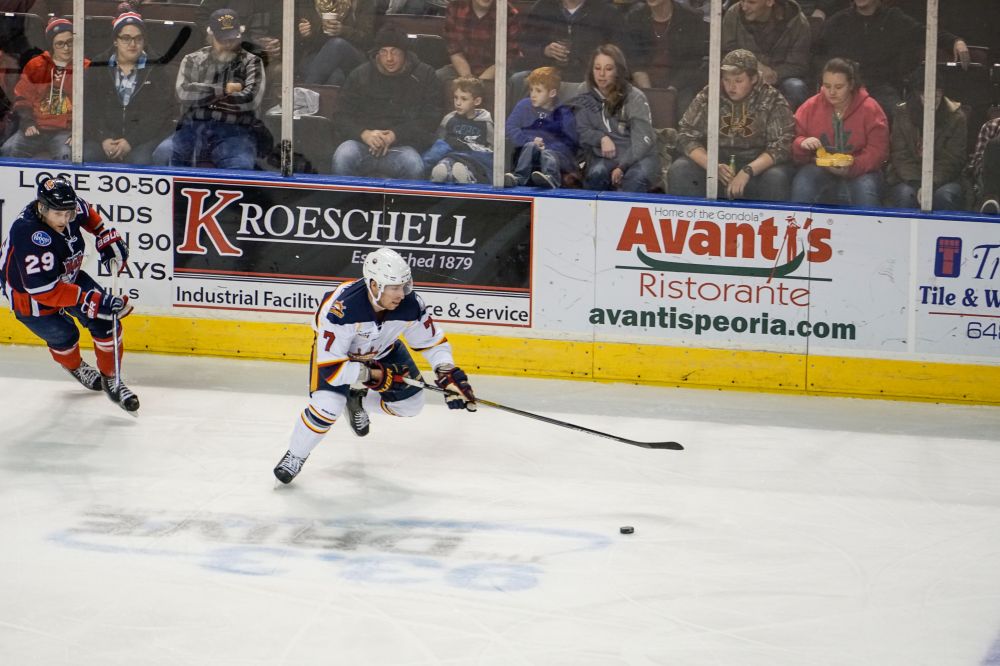 Peoria, IL – The Peoria Rivermen announced Tuesday afternoon that the team has loaned 2015-16 SPHL Defenseman of the Year Brandon Greenside to the Idaho Steelheads of the ECHL. Greenside is expected to join the Steelheads for their game Wednesday night in Idaho against the Utah Grizzlies.

Greenside, 27, has played in 10 games for the Rivermen this season, logging a goal and five assists after he played all 56 games with Peoria a season ago, recording six goals and leading all SPHL blueliners with 31 assists and 37 points, adding a league-best +31 rating. In eight playoff games, the London, Ontario native added an additional three assists, helping Peoria to the President’s Cup Finals.

For his SPHL career, Greenside has seen action in 97 regular-season games, scoring 12 goals and adding 48 assists. Last summer in the semi-pro Australian Ice Hockey League, Greenside skated in 20 games for the Newcastle North Stars, posting seven goal and 21 assists as he helped Newcastle to a league Championship.

The Rivermen return to action at Carver Arena this weekend when they host the Mississippi RiverKings February 3 & 4 at Carver Arena. Tickets for February 3’s Pink the Rink night to benefit the Susan G. Komen Memorial , as well as tickets to the following night’s game, are still available by calling the Rivermen at (309)-676-1040, or through the Toyota Box Office at the Peoria Civic Center.