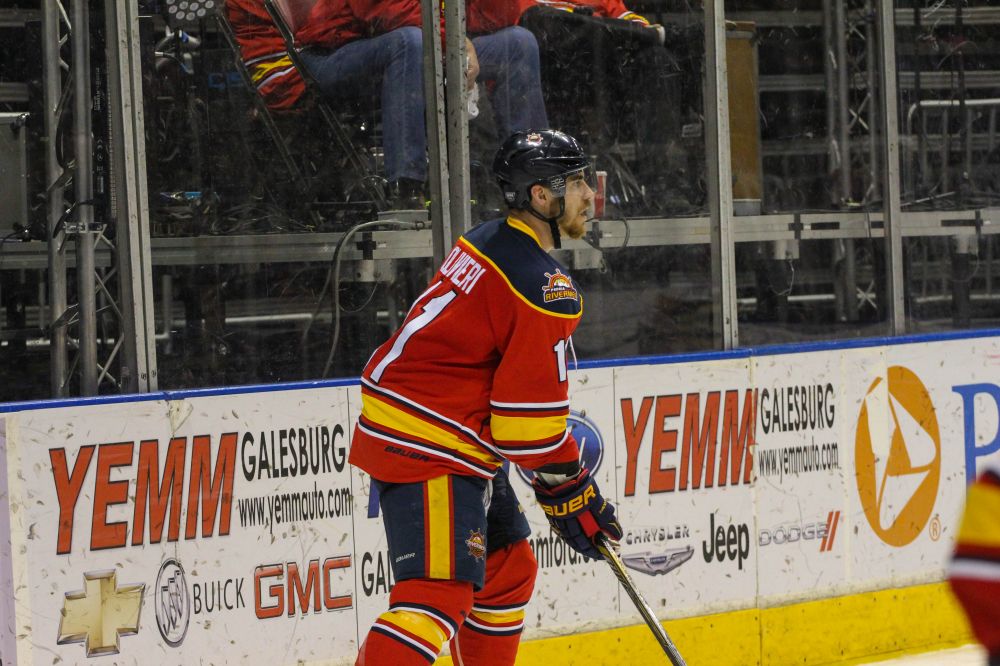 Olivieri, 25, had been tied for tops among all SPHL defenseman with 12, including 11 markers in 31 games with Peoria since being acquired November 7 in a trade with Mississippi. Olivieri’s three game-winning goals are one shy of Peoria’s team lead, and his seven power-play points this season are most on the Rivermen roster.

“We’re excited for Olly to get this chance with Missouri,” said Rivermen head coach Jean-Guy Trudel. “He’s a supremely talented defenseman with a lot of offensive upside, and we wish him the best of luck with the Mavericks.”

In addition to Olivieri’s call up, the Rivermen announced Thursday that the team has activated winger Dakota Klecha from the Injured Reserve. The second-year pro was placed on the 14-Day IR by the Rivermen February 6 with an upper body injury, and returns to the Rivermen lineup with 11 goals and 14 points in 32 games this season, all with Peoria. Klecha’s 25 points were tied for the most on the team when he was placed in the IR with an injury suffered in Peoria’s 4-2 loss February 4 against Mississippi.

The Rivermen return to action tomorrow night when they begin a three-game, three-night weekend against the Evansville Thunderbolts at 7:05 inside Carver Arena. Friday’s game will include a Rivermen Fleece Blanket giveaway to the first 1,000 fans through the doors, courtesy of Unity Point Health Peoria. The series will shift to the Ford Center in Evansville, Indiana Saturday night at 7:15 before returning to Peoria for a 5:05 PNC Family Fun Sunday at the Peoria Civic Center, with inflatable rides, face painting, and balloon art in the great hall beginning at 4 PM. Fans can call the Rivermen office at (309)-676-1040 for more information or to order tickets.