Rivermen Ship Green to Fayetteville, Get Parks Back From ECHL Elmira 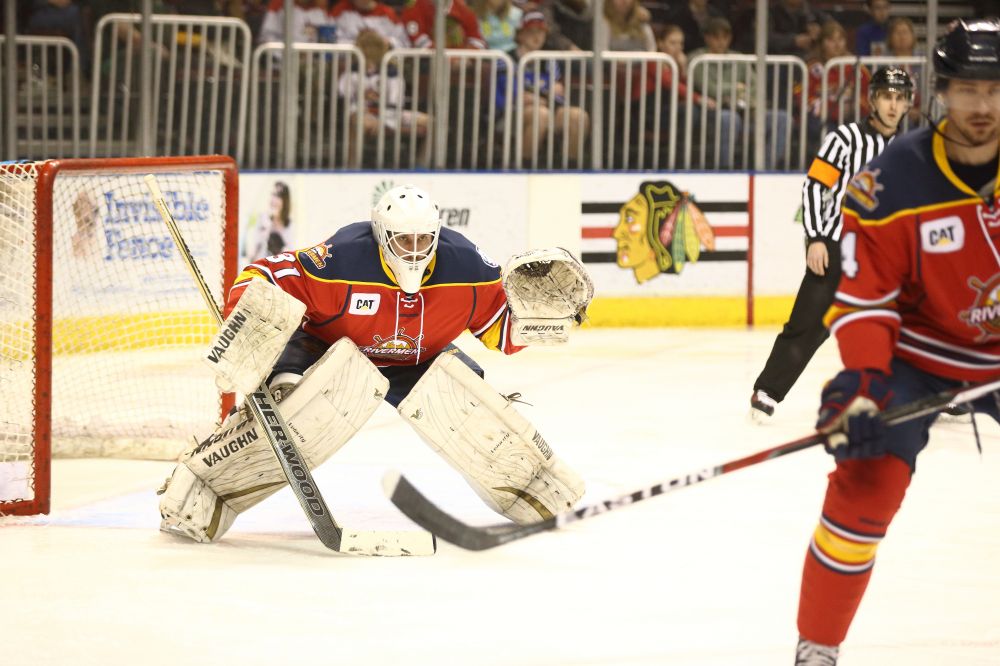 Rivermen Ship Green to Fayetteville, Get Parks Back From ECHL Elmira

Peoria, IL – The Peoria Rivermen announced Thursday afternoon that the team has traded goaltender Tyler Green to the Fayetteville FireAntz for future considerations. Additionally, the Rivermen have re-added goaltender Tyler Parks to their roster after they loaned him to ECHL Elmira January 21.

Green leaves the Rivermen after he put up a 10-4-4- record in a Peoria uniform this season. The rookie had posted a 2.77 goals-against average and a .907 save percentage in 19 outings. The Noblesville, Indiana native won four of his first five appearances beginning with a victory in relief October 28 at Macon, and he rattled off a separate five-game win string from December 30 through January 22.

Parks returns to Peoria after his second ECHL stint of the season, and his first with Elmira. In the SPHL this season, Parks has gone 5-1-3 with a 2.20 GAA and a .921 saves rate after beginning his rookie season with the Evansville Thunderbolts, where he was 0-3-1 with a 3.47 GAA and a .896 saves rate for the expansion Thunderbolts. The 24-year-old native of Imperial, Missouri, native did not play during a brief call to ECHL Missouri earlier this season, and with Elmira he saw action in two games, allowing four goals on 18 shots faced over 29 minutes of action.

The Rivermen return to action tomorrow night when they begin a three-game, three-night weekend against the Evansville Thunderbolts at 7:05 inside Carver Arena. Friday’s game will include a Rivermen Fleece Blanket giveaway to the first 1,000 fans through the doors, courtesy of Unity Point Health Peoria. The series will shift to the Ford Center in Evansville, Indiana Saturday night at 7:15 before returning to Peoria for a 5:05 PNC Family Fun Sunday at the Peoria Civic Center, with inflatable rides, face painting, and balloon art in the great hall beginning at 4 PM. Fans can call the Rivermen office at (309)-676-1040 for more information or to order tickets.