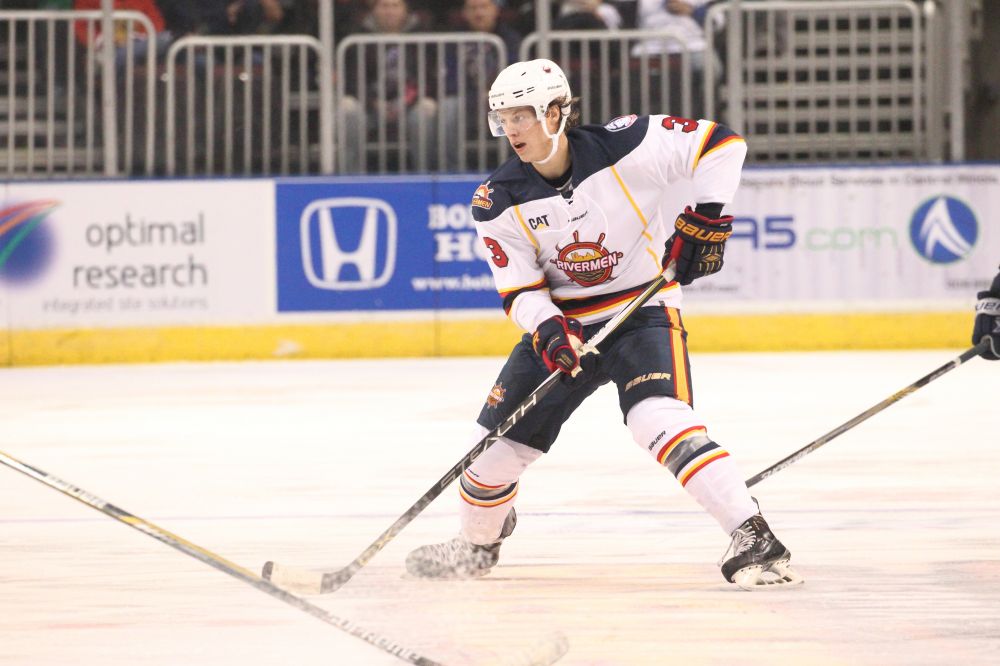 Neville joins the Rivermen after he saw action in 18 games this season with the ECHL’s South Carolina Stingrays, tallying two assists and two penalty minutes in his first professional season after a three-season stint at the University of Denver. Before his time with the UD Pioneers, Neville spent two years in the junior ranks with the NAHL’s Texas Tornado, notching 12 goals and 52 assists over 119 regular season games, adding a goal and three helpers in nine postseason contests and helping the Tornado to a Robertson Cup championship in 2012. The Bloomfield Hills, Michigan native was signed to a training camp deal with the Rivermen before earning a spot with the Stingrays to open the season.

Weidauer returns to the Rivermen after a 21-game stint with Brampton in which he posted a pair of assists, six penalty minutes, and a -4 rating. The third-year pro began his career in the SPHL in the 2014-15 season with Knoxville before the Rivermen acquired him in a mid-season trade. In his career, Weidauer has played in 91 regular-season SPHL games, scoring five goals and adding 14 assists from the blue line, chipping in one helper in 11 postseason contests for the Rivermen. Additionally, in 43 ECHL games between this season and last with the Beast, the Keswick, Ontario native has posted four assists.

“It’s huge getting those two guys back on our blueline,” said Rivermen head coach Jean-Guy Trudel. “Neville is a guy we were hoping to have in training camp this summer before he made the South Carolina roster to start the season. Weids is a big piece for us to get back as well, he’s a guy who’s been here each of the last two seasons, and he knows what we expect and how we like things done in Peoria. He’s got great skills and good awareness in all three zones. We’re pumped to get him back on our roster at this point in the season.”

D'Avolio departs the Rivermen after playing in 47 games this season, scoring eight goals and adding seven assists. The University of Wisconsin-Stevens Point product joined the Rivermen after the season’s first weekend and impressed with a pair of goals in his pro debut at Macon October 28 before recording just 13 points in his next 46 contests. D’Avolio was scheduled to serve a two-game SPHL suspension this weekend, and the Rivermen will still be forced to skate a man short in his absence this Friday and Saturday at Knoxville.

Witzel is expected to join Peoria after he saw action in 17 SPHL games for the Havoc this season, posting four goals and dishing seven assists before Huntsville waived him yesterday. The Cumberland, Ontario native also has nine goals and 15 helpers in 22 FHL games for Danville this season, and last year he spent time between FHL Dayton and SPHL Louisiana after finishing a three-year State University of New York career at SUNY-Canton.

The Rivermen return to action this Friday night when they travel to Knoxville, Tennessee to begin a two-game weekend series with the Ice Bears. After playing the Ice Bears in Knoxville Friday and Saturday, the Rivermen will return home to Carver Arena for a trio of games against the Fayetteville FireAntz March 31-April 2. Information about all of Peoria’s remaining games can be found at www.rivermen.net, and tickets can be purchased through the Toyota Box Office at the Peoria Civic Center, or by calling the Rivermen office at (309)-676-1040.