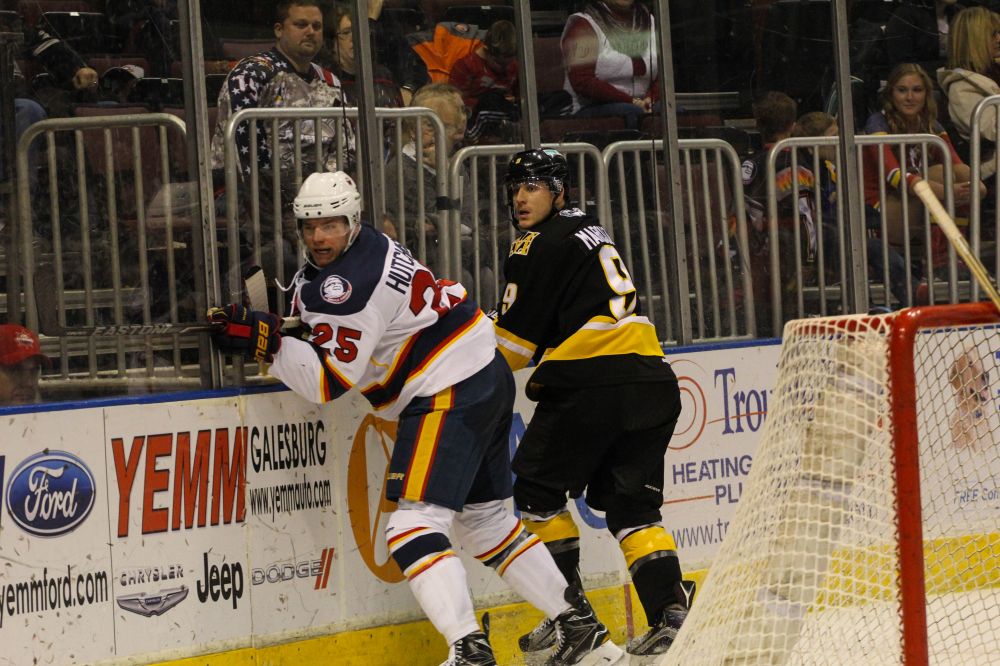 Peoria, IL – The Peoria Rivermen announced Monday that the team has placed defenseman Cole Hutchinson on waivers. Additionally, the Rivermen have released defender Patrick Harrison from his three-game tryout contract.

Hutchinson leaves the Rivermen after skating in 29 games for Peoria, scoring two goals and assisting on two others while earning a +3 rating and racking up 22 penalty minutes. The Stouffville, Ontario native has played 34 SPHL games this season, adding three assists in eight games for FHL Danville.

Harrison leaves Peoria after playing six games over the course of two three-game tryout contacts. Over the course of his six-game Rivermen tenure, Harrison recorded four assists from the blueline and was a +7 with six penalty minutes.

The Rivermen return to action this Friday night when they travel to Knoxville, Tennessee to begin a two-game weekend series with the Ice Bears. After playing the Ice Bears in Knoxville Friday and Saturday, the Rivermen will return home to Carver Arena for a trio of games against the Fayetteville FireAntz. Information about all of Peoria’s remaining games can be found at www.Rivermen.net, and tickets can be purchased through the Toyota Box Office at the Peoria Civic Center, or by calling the Rivermen office at (309)-676-1040.