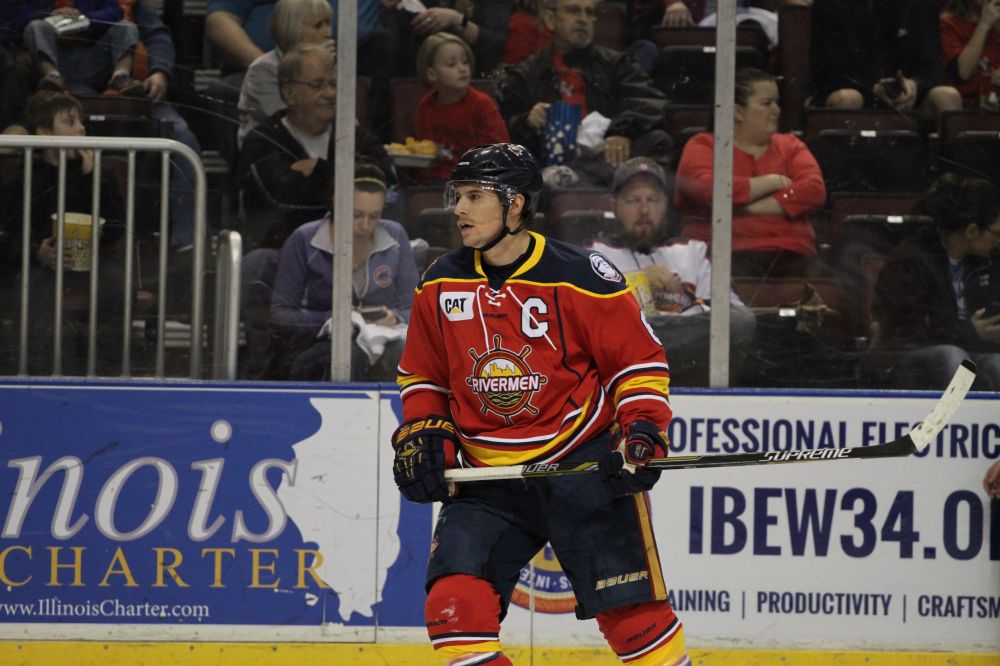 Bremner is one of just six players currently on the Rivermen roster who was with the team on Opening Night in October, and has been on the injured reserve since March 14 with an upper body ailment. The IR stint is Bremner’s second of the season after he went on the shelf in mid-January and returned to the lineup February 12 in Pensacola. For the season, the Rivermen captain has skated in 27 games, scoring five goals and assisting on 12 others, including his first career hat trick November 25 against Evansville. In 277 career regular-season games, all in the SPHL, the Sarnia, Ontario native has recorded 48 goals and 79 assists, racking up 684 penalty minutes and a +25 lifetime rating.

In order to create roster space for Bremner’s return, the Rivermen also announced Saturday that the team has waived rookie defenseman Kevin Kirisits. The Tonawanda, NY native was signed by the Rivermen after wrapping up his college career for the D-III Utica Pioneers. With the Rivermen, Kirisits skated in three games, recording an assist in Peoria’s overtime loss last Saturday night in Knoxville.

The Rivermen return to action tonight at Carver Arena for the second game of a three-game series with the Fayetteville FireAntz. Tonight’s game starts at 7:05 PM, and Sunday’s series finale begins at 3:05. Tickets for both remaining games are available through the Peoria Civic Center Box Office, or through the Rivermen office by calling (309)-676-1040.