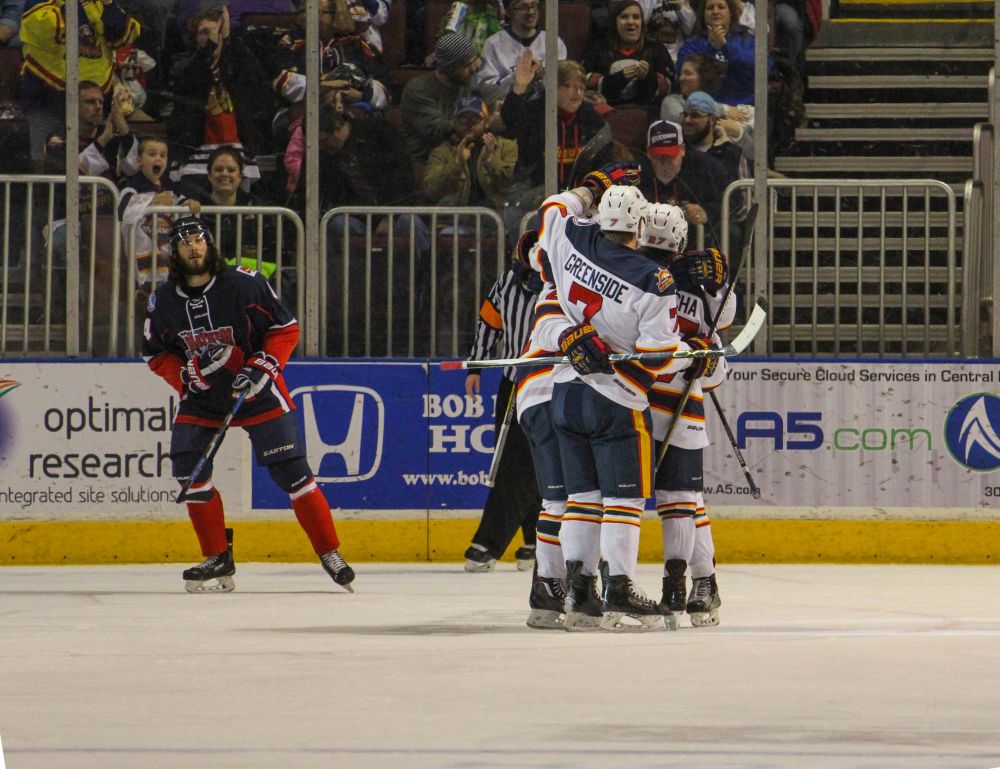 Peoria, IL – Prior to the regular season’s final weekend, the Southern Professional Hockey League has announced possible first-round playoff schedules for the 2017 President’s Cup Playoffs, set to begin next week. With the Rivermen able to finish anywhere from first to fourth, depending on the results of games around the league, the SPHL has approved scenarios for each potential matchup.

For the Rivermen, who have mathematically assured themselves of a top-four seed and home ice advantage in the first round, if the first-round opponent is Knoxville or Mississippi, the best-of-3 series will start Wednesday, April 12 at Carver Arena. Game 2 would then shift to either the Knoxville Civic Coliseum or the Landers Center in Southaven on Friday, April 14. Game 3, if necessary, would then return to the Peoria Civic Center Saturday.

If Peoria’s first-round opponent is Pensacola, Columbus, or Roanoke, the latter of whom kept their playoff hopes alive with a 2-1 win over the Cottonmouths Tuesday at the Berglund Center, the series would start for the Rivermen Wednesday April 12 on the road in either Pensacola, Columbus, or Roanoke. Game 2, and Game 3 if necessary, would take place Friday and Saturday night, April 14 & 15, at Carver Arena.

All games at Carver Arena would start at 7:05 PM, and individual game tickets will go on sale when the first-round matchups are finalized after Saturday’s regular-season finale. For fans opting to “Pay As We Play” who sign up by April 8, can get tickets to each playoff game on the glass for $17 per game, premium seats for $13 each, and lower-bowl end seats for $10 per game, with payments being charged after each round, depending on the necessary number of home games, and no increase in price for later rounds.

For fans wishing to purchase tickets on a game-by-game basis, walk-up tickets for the first round are priced at $20 for glass seats, $15 for premium locations, and $11 for end seating, with the price of each ticket increasing by a dollar for each subsequent round if the Rivermen advance.

Information on playoff tickets and 2017-18 season tickets is available through the Rivermen office at (309)-676-1040, and single-game playoff tickets can also be purchased through the Toyota Box Office at the Peoria Civic Center beginning Monday morning.