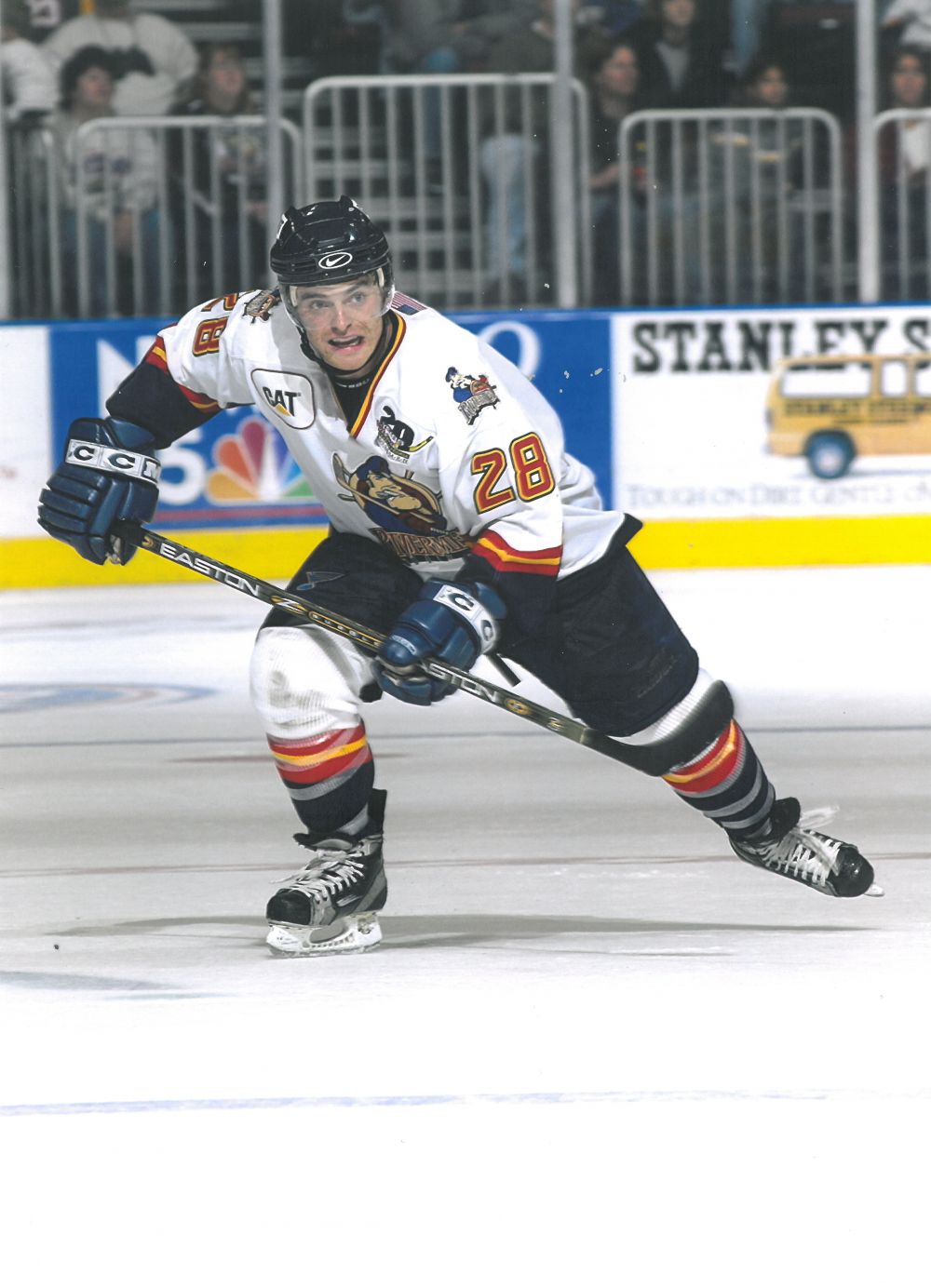 Forward led Peoria to championship as a rookie in 2000

Peoria, IL – The Peoria Rivermen announced Wednesday that the team will induct former ECHL Rivermen forward Darren Clark into the Peoria Professional Hockey Hall of Fame at the team’s February 17 game against Fayetteville.

Clark, 42, began his pro career with the ECHL Rivermen in the 1999-2000 season, skating in 69 games, tallying 24 goals and 32 assists. During Peoria’s historic run to the 2000 Kelly Cup, Clark notched four goals and assisted on six others in 18 playoff contests, including an assist on Peoria’s double-overtime Game 6 winner to clinch the championship against Louisiana.

Following the Kelly Cup victory in Peoria, Clark played 34 games for Worcester in the AHL before returning to Peoria, where he remained for two more seasons before finishing his pro career with a two-year stint for the ECHL’s San Diego Gulls. The native of Superior, WI, finished his pro career with 71 goals and 152 assists in 331 career ECHL games, adding six goals and 12 assists in 37 AHL games and two assists in a one-game stint with the IHL Chicago Wolves during the 2000-01 season.