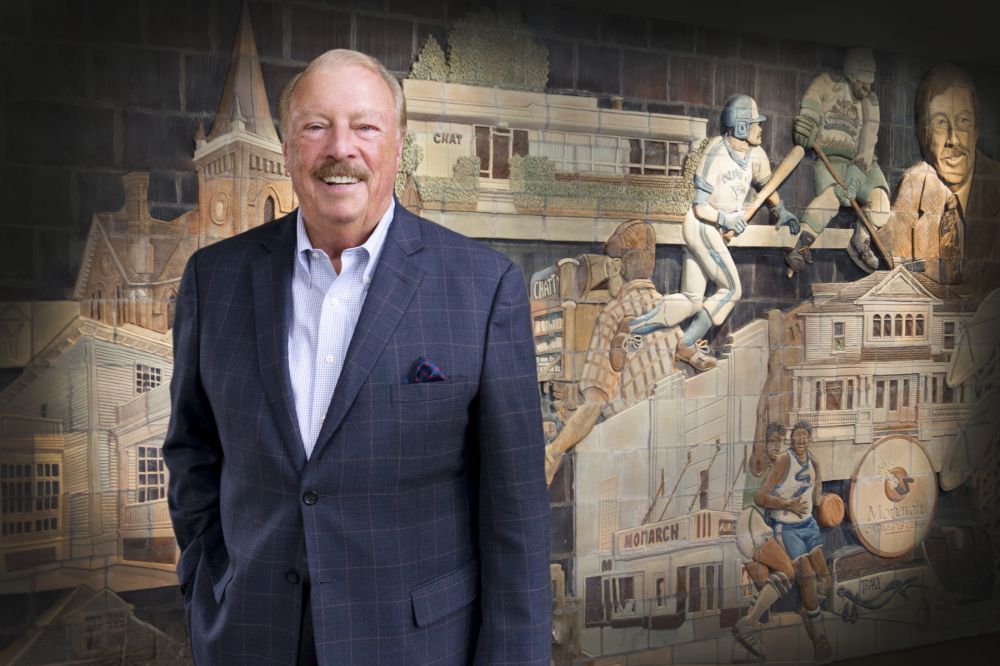 Peoria, IL – The Peoria Rivermen, proud members of the Southern Professional Hockey League, announced today that Bill Yuill, the CEO and Chairman of Alberta’s Monarch Corporation and Consolidated Sports Holdings International, has become a majority owner of the Rivermen, along with current minority Rivermen co-owners Bart Rogers and John Butler. Per the agreement, CSH International, the sports division of Yuill’s Monarch Corporation, will now hold majority ownership of the Peoria franchise, now entering its 36th consecutive season of operation, ranking among the longest in all minor pro hockey.

Yuill, a native of Medicine Hat, Alberta, currently serves as CEO and Chairman of the Monarch Corporation, whose sports property division, CSH International, currently owns and operates the Everett Silvertips of the WHL, the Amarillo Bulls of the NAHL, the North Iowa Bulls of the NA3HL, and the USHL’s Bloomington Thunder, as well as several Collegiate Summer League baseball teams and Peoria Pines golf course in Peoria, AZ. Last year, he was awarded the Alberta Order of Excellence, the highest civilian honor in the Province of Alberta, for his work in Medicine Hat and beyond.

“We are thrilled to have Mr. Yuill on board as part of our ownership team,” said Rogers. “Bill and his group have owned and operated some of the most successful teams in junior hockey over the last several years, and they are excited to join us in running a pro team here in Peoria. We’re excited, as we always are, to continue improving our organization on and off the ice, and providing Central Illinois hockey fans the best experience possible, and this move only enhances that commitment to our marketplace and the Rivermen brand that we’ve rebuilt over the past four seasons in the SPHL.”

Per the terms of the purchase, CSH International will become the new majority owner of the Rivermen, with current Rivermen owners Bart Rogers and John Butler each maintaining a minority stake in the controlling organization. Additionally, Rogers will remain in his role as Chief Operating Officer of the Rivermen, whose lease with the Peoria Civic Center was just renewed through the 2019-20 season. Jean-Guy Trudel, who inked a two-year contract extension this summer as the Rivermen bench boss, will now also serve as General Manager of the SPHL franchise.

“CSH International is excited to be a part of the ownership group for this storied professional hockey team and add it under the umbrella of sports franchises we own and operate throughout North America,” said Yuill. “Knowing the great history and tradition of the Peoria Rivermen franchise, and seeing first-hand the product that their local fans and community have supported for 35 years and counting, makes us excited to be able to step in and help our existing local partners continue growing the Rivermen brand for many years to come in Central Illinois.”

“Spanning more than three decades, the Peoria Rivermen franchise has had a strong presence both on the ice and in our community,” added Peoria Civic Center General Manager Anne Clayton. “The Peoria Civic Center is excited to welcome Mr. Yuill and CSH International to the Rivermen ownership group, and we anticipate further growth in the Rivermen's winning tradition for all hockey fans in central Illinois, and particularly, our loyal Rivermen fan-base."

Full-season and group tickets for the 2017-18 SPHL season are currently available through the Rivermen office, while partial season and single game tickets will go on sale closer to October 27’s Home Opening Night against expansion Birmingham. More information on all tickets as well as a full 2017-18 schedule can be found at rivermen.net or by calling the Rivermen at (309)-676-1040, and further information regarding CSH International is available at their website, https://www.cshinternational.com/.