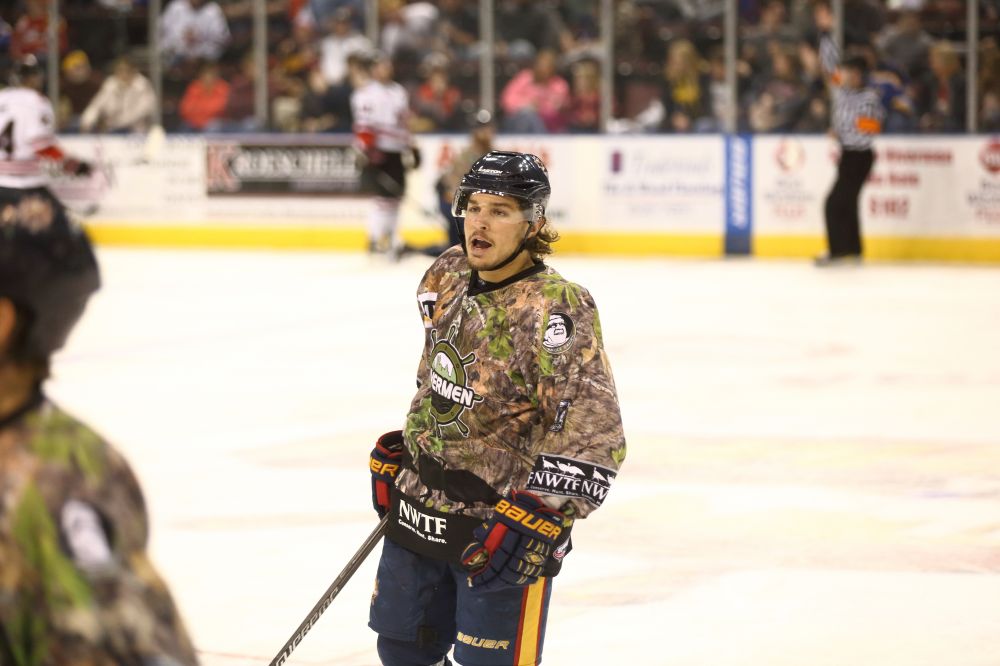 Peoria, IL – The Peoria Rivermen announced today that the team has signed center Eric Witzel to a professional tryout deal for this October’s training camp. Witzel, 24, began his first full pro season in the Federal Hockey League last year before playing in 17 SPHL games for Huntsville and 7 more with the Rivermen, additionally skating in five of Peoria’s seven postseason tilts.

The Cumberland, Ontario native finished his collegiate career with SUNY-Canton in 2015-16, and proceeded to play six games for SPHL Louisiana and 18 more for the FHL’s Dayton Demolition. Last season, the 5-foot-10 185-pounder played in 22 FHL games for Danville, notching nine goals and 15 assists, earning a call-up to SPHL Huntsville. Witzel was claimed from waivers by the Rivermen in late March after being released by the Havoc. Between Peoria and Huntsville last year, Witzel played in 24 regular-season contests, scoring eight goals and assisting on nine others.