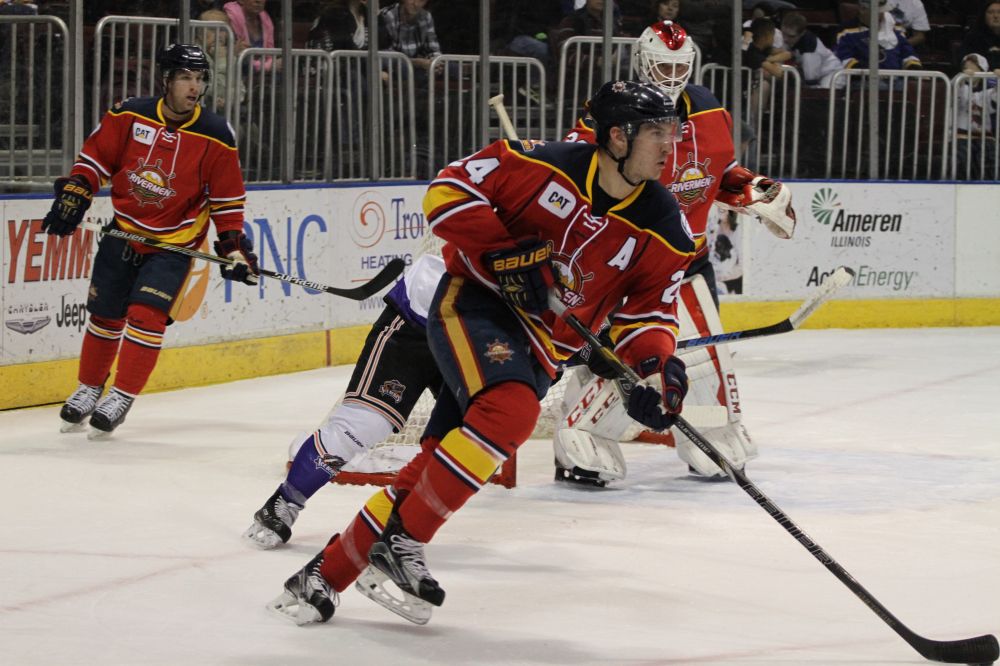 Oskroba, 26, enters his fourth full pro season after skating in 48 games for the Rivermen last year, tallying a goal and 10 assists, adding a helper over seven postseason tilts. Oskroba first joined the Rivermen late in Peoria’s inaugural SPHL season, posting a goal and three assists in 12 games during the 2013-14 campaign. In 160 career SPHL games, all with Peoria, the St. Louis native has logged 10 goals and 38 assists, adding a +34 rating from the blueline.

“We’re glad to get (Oskroba) back on board for this season,” said Rivermen head coach Jean-Guy Trudel. “On the ice he’s a big body and a solid defenseman, and he brings a hugely positive presence in the locker room day in and day out, and he’s going to be a veteran leader for this group again this year.”

Bacon comes to the Rivermen after beginning his pro career last season with the Columbus Cottonmouths, signing with the Snakes January 5 after wrapping up a three-year stint at Mercyhurst College. All told with Columbus last season, Bacon went 6-10-1 in 18 outings, posting a 3.45 GAA and a .910 save percentage for the eighth-place Snakes. The 25-year-old added his first pro shutout February 12 at Fayetteville, and made a season-high 50 saves on 53 shots in a March 19 shootout loss at Pensacola.