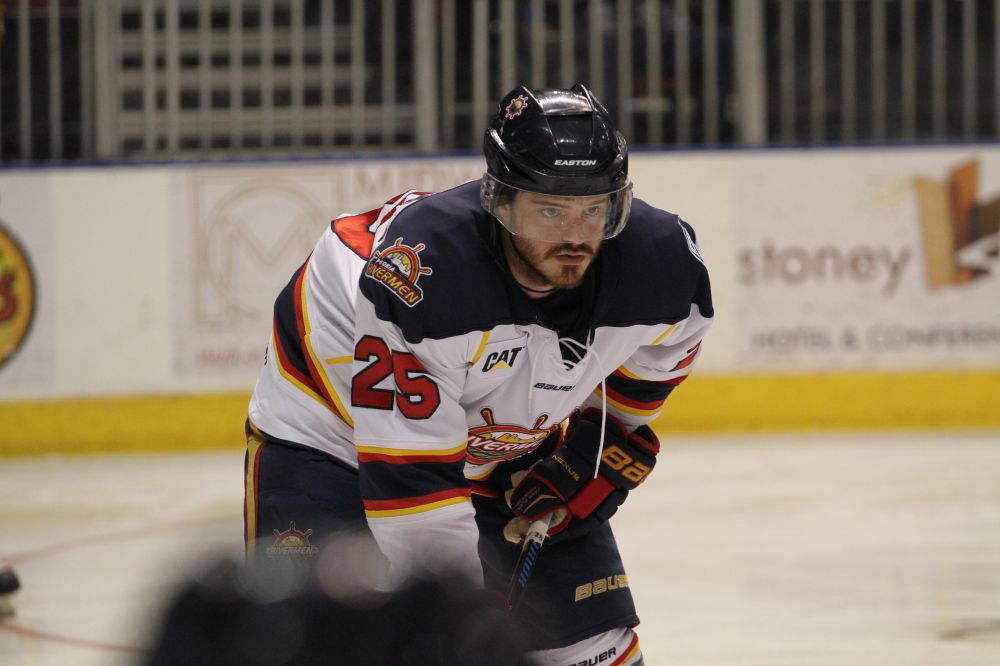 Peoria, IL – The Peoria Rivermen announced Tuesday that the team has signed defenseman Nick Neville and rookie goaltender Matt Leon to professional tryout contracts for the team’s October training camp. Neville returns to the Rivermen after he played in seven games last season following a season-opening 18-game stint with the ECHL’s South Carolina Stingrays, while Leon comes to Peoria after the conclusion of his four-year college career at SUNY-Geneseo.

Neville, 23, signed with the Rivermen last summer before making the Stingrays Opening Night roster in October, eventually skating in 18 games before being released by South Carolina March 18. The Bloomfield Hills, MI native joined the Rivermen for the team’s weekend series in Knoxville March 24 & 25, posting his first pro goal in his SPHL debut. All told with the Rivermen, Neville logged a goal and three assists in seven regular-season games, adding an assist in seven postseason contests.

“Neville gave a great boost to our defense late in the season last year,” said Rivermen Head Coach/GM Jean-Guy Trudel. “He can do everything you want out of a defenseman, he can move the puck, he can shoot, and he plays tough and disciplined in his own end. We’re pumped to see what he can do playing a full season in our system.”

Leon, meanwhile, comes to the Rivermen after a four-year collegiate career at D-III SUNY-Geneseo, where he went 11-3-1in a 24-game career with a 2.15 career goals-against average and .925 save percentage. In 11 games as a senior last season, the 25-year-old native of Pineville, NC played in 11 contests, going 6-2-0 and setting career-bests with a 1.76 GAA, .935 saves rate, and a pair of shutouts.