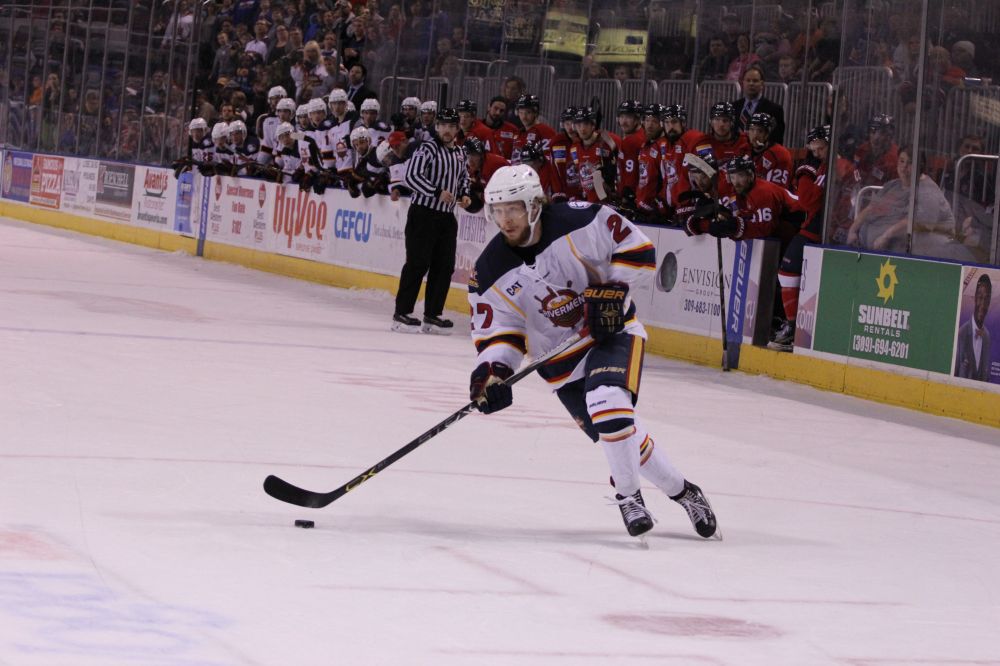 Peoria, IL – The Peoria Rivermen announced Monday that the team has signed winger Dakota Klecha and goaltender Dylan Wells to professional tryout contracts for the team’s October training camp. Klecha returns to Peoria after spending his first North American pro season with the Rivermen in 2016-17, while Wells joins Peoria after spending his rookie campaign with SPHL Knoxville following a collegiate career at the University of Southern Maine and Utica College.

Klecha, 25, returns to the Rivermen after he posted 15 goals, 20 assists, and a team-best +20 rating in 40 regular-season contests last year before tallying a goal and assisting on three more in seven postseason contests, helping the Rivermen to their second consecutive President’s Cup Finals berth. Prior to joining Peoria, the native of Taylor, MI spent the 2015-16 season with Orik Opole of Poland’s top professional league, where he registered 13 goals and 20 assists in 40 contests.

“We’re happy to get Klecha back on board for this season,” said Rivermen Head Coach & General Manager Jean-Guy Trudel. “He’s a high-motor guy who never stops moving and plays a full 200-foot game. His aggressiveness on the forecheck and responsibility in his own end will both be huge for us again this season.”

Wells, meanwhile, joins the Rivermen after seeing action in 22 games last season, starting 13, for the Knoxville Ice Bears, logging a 4-9-2 record, posting a 2.95 goals-against average and .906 save percentage, and the Nashville native tallied his first pro shutout with a 43-save effort January 21 at Macon. Prior to joining the Ice Bears last October, the six-foot-two, 195-pounder finished his college career with Utica College, going 9-5-3 with a 2.39 GAA and a shutout in 2014-15 before playing in just one contest for the Pioneers the following season. The 26-year-old made his pro in 2015-16 with the Danbury Titans of the Federal Hockey League, stopping all four shots he faced in a lone period of action.