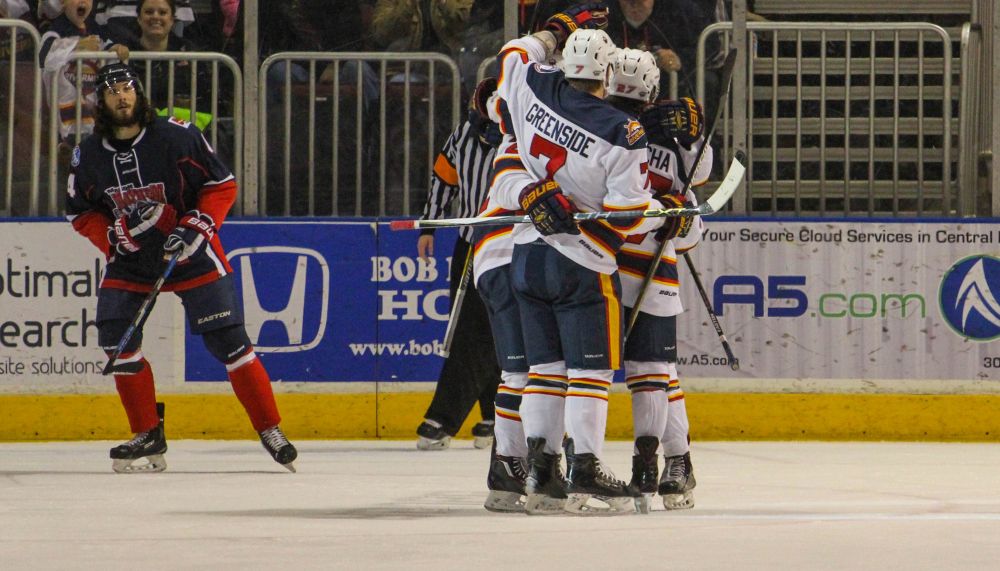 Peoria, IL – The Peoria Rivermen released four players from the club’s training camp roster today, leaving themselves with a full 18-man roster ahead of their season opener Saturday night in Evansville. Among the 18 remaining players, 10 are returning to Peoria, while eight will be making their Rivermen debuts this season.

The Rivermen are set to begin their fifth SPHL regular season Saturday, October 21 at 7:15 in the Ford Center in Evansville, IN against the Thunderbolts, before another matchup in Southern Indiana Tuesday morning, October 24 at 10 AM. Peoria will kick off its home schedule October 27 & 28 against the expansion Birmingham Bulls, with both games scheduled to begin at 7:15 in Carver Arena. Tickets for both games against Birmingham start at 2 for $20, with more information about single-game, group, and season tickets available by calling the Rivermen at (309)-676-1040.