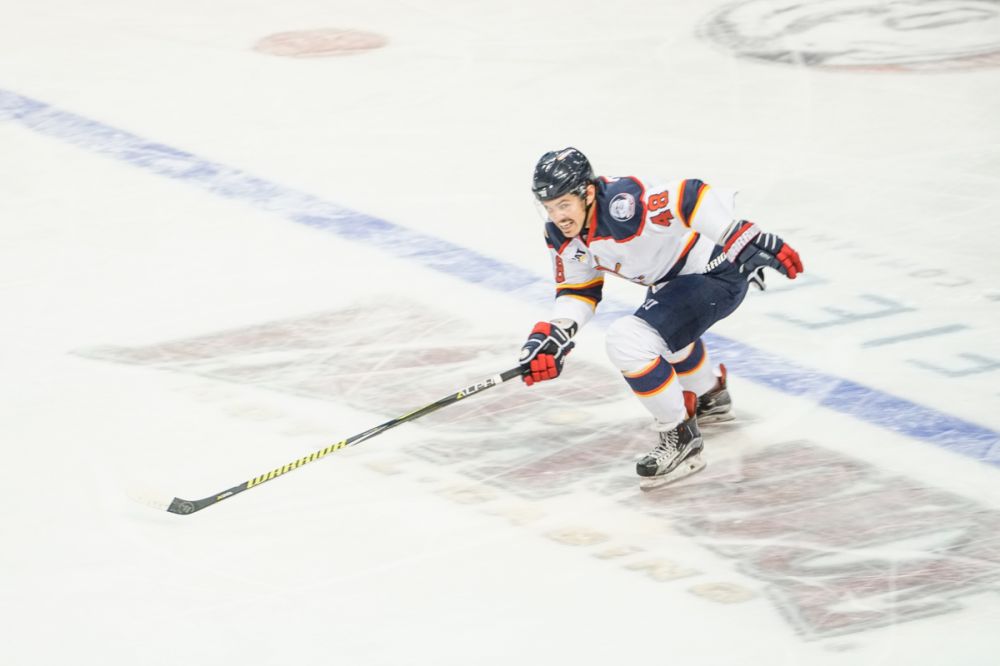 Horn joins the Rivermen after he saw action in 15 games last year for the Fayetteville FireAntz, recording five goals and eight assists to go with a +3 rating. Horn also played in 22 ECHL games last year for the Rapid City Rush, where he was a teammate of current Rivermen winger Nick Miglio, and posted two goals and seven assists. Leon rejoins the Rivermen after he was in training camp with Peoria this October following a four-year collegiate career at SUNY-Geneseo that saw the Pineville, NC native log an 11-3-1 record and a 2.15 goals-against average and a .925 saves rate.

Witzel came to the Rivermen late last season, skating in seven games, recording four goals and two assists before adding one helper in five postseason games. This year, the Cumberland, ON native played in five games, scoring two goals and logging a -3 rating. Santaguida departs the Rivermen after going 1-2-0 to start his pro career, posting a 2.68 GAA and a .907 saves percentage after concluding a four-year college career at the University of Vermont last season.

The moves come prior to Peoria’s weekend series with the Ice Bears that will see Peoria and Knoxville square off in Tennessee Friday night before traveling to Peoria for a Saturday night tilt that will be Peoria’s Salute to the Troops night, with the Rivermen offering a free ticket to all veterans and active-duty military with proof of service. Tickets for Saturday’s contest are available through the Rivermen office by calling (309)-676-1040.