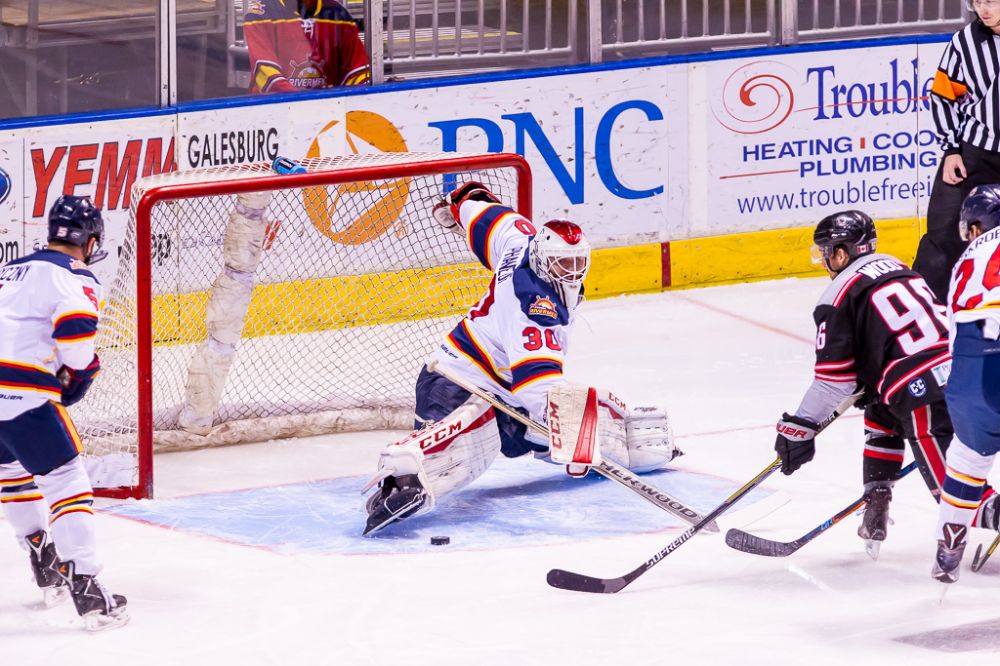 Peoria, IL – The Peoria Rivermen announced Monday that the team has signed goaltender Storm Phaneuf to a contract before the team’s weekend series in Knoxville. The Gatineau, Quebec native returns to the Rivermen after beginning this season with the Rapid City Rush of the ECHL, where he saw action in five games before being waived over the weekend.

Last season, Phaneuf, 22, played in 23 games for the Rivermen, leading the SPHL with a 2.06 goals-against average while adding a .924 save percentage to a 13-5-3 record with three shutouts. The former BCHL and QMJHL standout added a 2.10 GAA and .926 saves rate in seven postseason contests as he backstopped the Rivermen to the SPHL President’s Cup Finals.

“We’re thrilled to have the opportunity to bring Storm back to our team,” said Rivermen coach Jean-Guy Trudel. “He had a rough start to the season with us last year and came back and was really able to play up to his massive potential down the stretch. He’s a very confident young man who adds an element to our defense with his ability to play the puck. He kind of got caught in the numbers game in (ECHL) Rapid City this year, but we’re excited to have him back here with us in Peoria.”

The Rivermen return to game action this Friday and Saturday against the Knoxville Ice Bears in Tennessee before returning home December 22 and 23 for games against the Mississippi RiverKings and Roanoke Rail Yard Dawgs, respectively. Group and individual tickets for all of Peoria’s remaining home games are available through the Rivermen office at (309)-676-1040, and information on the team’s promotional calendar is available online at Rivermen.net or through the team’s social media accounts.