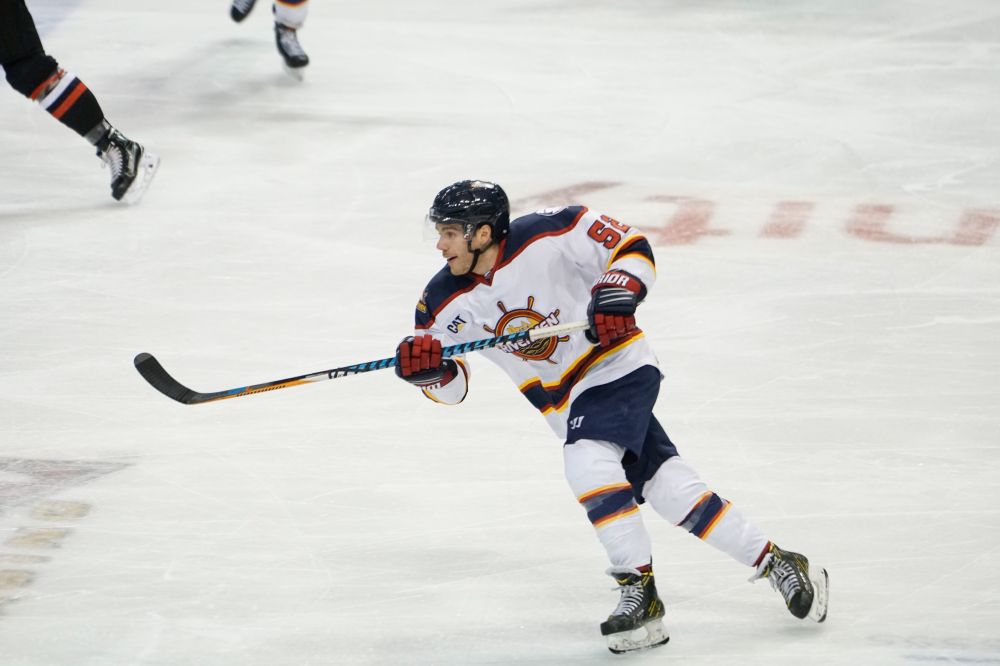 Peoria, IL – The Peoria Rivermen announced this afternoon that the team has activated center Justin Greenberg from its 30-day injured reserve, and that the team has loaned defenseman Kevin Patterson to ECHL Wichita and winger Nick Miglio to ECHL Kansas City.

Greenberg returns to the Rivermen after skating in 9 games to start the year, logging five goals and three assists before being shelved with an upper body injury suffered during Peoria’s November 17 game at Evansville. The University of Miami (OH) product is currently in the midst of his first professional season, and finished second on the Rivermen with six points in the month of November, despite only skating in five games during the month before his injury.

Patterson departs Peoria on loan to ECHL Wichita after he posted 12 assists in 27 games from the Rivermen blueline. The Colorado Springs, CO native added a league-best +22 rating while playing in each of Peoria’s games to date in his first pro campaign.

Miglio heads to ECHL Kansas City on his second ECHL loan of the season after previously spending nine games with the Norfolk Admirals, tallying two assists. In 14 games for the Rivermen this season, Miglio had notched three goals and four assists, including a goal and an assist in Peoria’s January 12 game against Evansville.

The Rivermen return to action this weekend in Huntsville, playing a pair against the Havoc on Friday and Saturday before returning to Carver Arena on Friday, January 26 when Peoria hosts its annual Faith & Family Night, featuring a postgame concert by acclaimed Christian group The Afters. Single and group tickets to the game, and all of Peoria’s remaining 2017-18 home games, are available by calling the Rivermen office at (309)-676-1040.