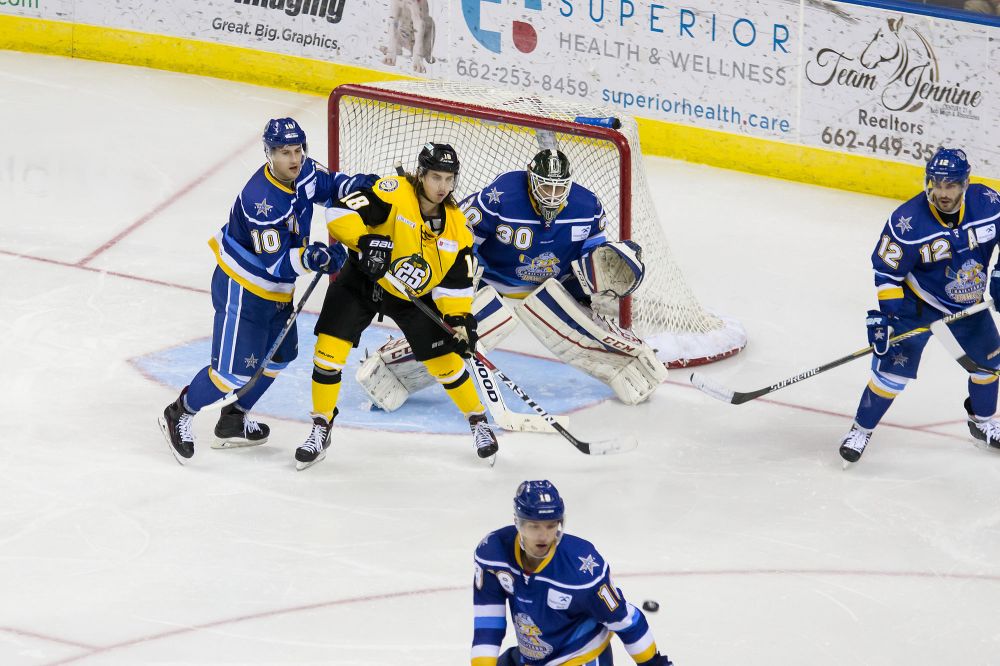 Peoria, IL – The Peoria Rivermen announced this morning that the team has signed center Dustin Jesseau and moved goaltenders Eric Levine and Storm Phaneuf to season-ending injured reserve ahead of the team’s Friday night game in Southaven, MS against the Mississippi RiverKings. The moves come after Levine and Phaneuf suffered lower-body injuries in back-to-back games December 22 & 23 at Carver Arena.

Jesseau joins the Rivermen from the Federal Hockey League’s Watertown Wolves, where he had notched four goals and six assists in 10 games after he logged 16 points (6g, 10a) for the Port Huron Prowlers to start the season. Last year in the SPHL with Mississippi, Jesseau posted five goals and five assists in 35 games, adding a goal in three playoff contests. He spent time in training camp this past October with the Rivermen before he was among the last round of roster cuts to get Peoria down to their final 19-man roster.

Levine’s season comes to a close after he went 10-2-0 with a 2.60 goals-against average and a .921 save percentage in 14 games for the Rivermen this season, while Phaneuf had seen action in just two games, starting one, since returning to the Rivermen from ECHL Rapid City. Last season with the Rivermen, Phaneuf led the SPHL with a 2.06 GAA in 23 games before helping the Rivermen to the President’s Cup Finals.

The Rivermen return to game action this Friday night in Southaven before returning home Saturday night to host the Knoxville Ice Bears on what will be Pekin Insurance Youth Replica Jersey Giveaway Night and Farmers Insurance First Responders Night. Group and individual tickets for all of Peoria’s remaining home games are available through the Rivermen office at (309)-676-1040, and information on the team’s promotional calendar is available online at Rivermen.net or through the team’s social media accounts.