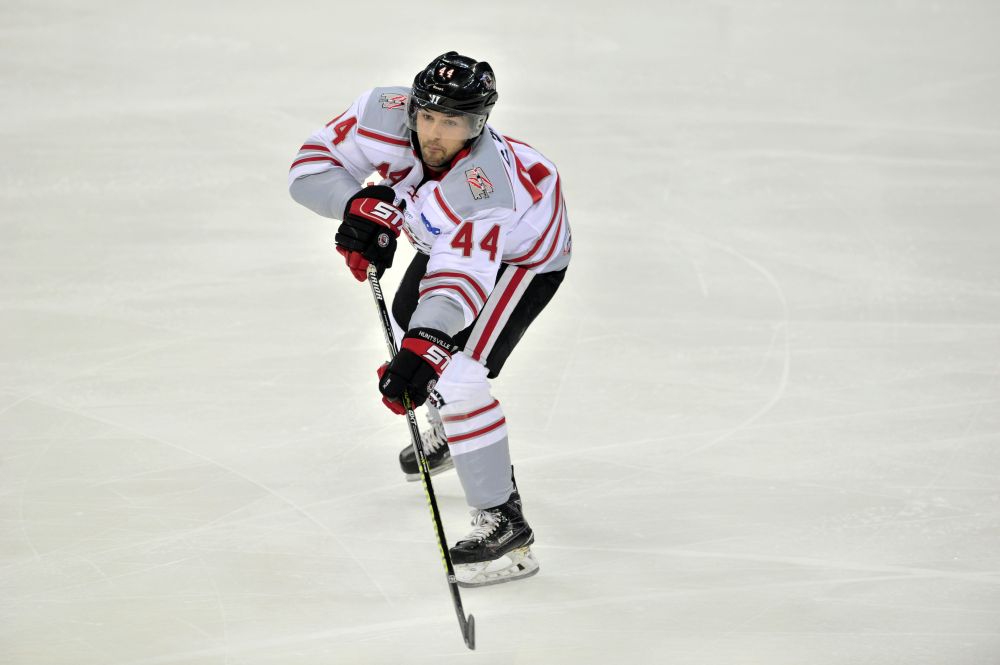 Peoria, IL – The Peoria Rivermen announced over the weekend that the team has acquired defenseman Cody Smith in a trade with the Huntsville Havoc, sending the SPHL rights to defenseman Christian Weidauer to the Havoc. Additionally, the Rivermen have waived goaltender Matt Leon and center Brandon Millin, while winger Nick Miglio is expected to return Monday evening from his loan to ECHL Norfolk.

Smith joins the Rivermen after playing in 21 games for the Havoc this season, recording six assists and a +4 rating. Currently in the midst of his first professional season, Smith spent four years playing collegiately at NCAA Division III Norwich University, where the Hudson, MA native tallied 64 points in 105 career games, including two goals and 31 assists in 31 games as a senior during the 2016-17 campaign.

Miglio, meanwhile, returns to the Rivermen after he posted two assists in nine games with the Admirals. Prior to his loan to Norfolk, Miglio had skated in 12 games for the Rivermen, recording two goals and three assists, including a game-winning goal November 25 in his final game before signing with Norfolk. Miglio is expected to return to Peoria late Monday afternoon and be in the lineup when the Rivermen host Evansville on Friday night.

Leon departs the Rivermen after playing in three games for the Rivermen, logging a 3.21 goals-against average and a .872 save percentage. Millin, meanwhile, skated in four games, recording one assist after joining the Rivermen in late December when he was waived by Birmingham.

The Rivermen return to action this Friday night when they play host to the Evansville Thunderbolts on Star Wars night at Carver Arena. The game will include special Star Wars themed jerseys worn by the Rivermen, appearances by Star Wars characters on the Carver Arena concourse, and light swords given away to the first 500 kids 12 & under. Tickets for the game are available by calling the Rivermen at (309)-676-1040 or stopping by the Rivermen office at the Peoria Civic Center.