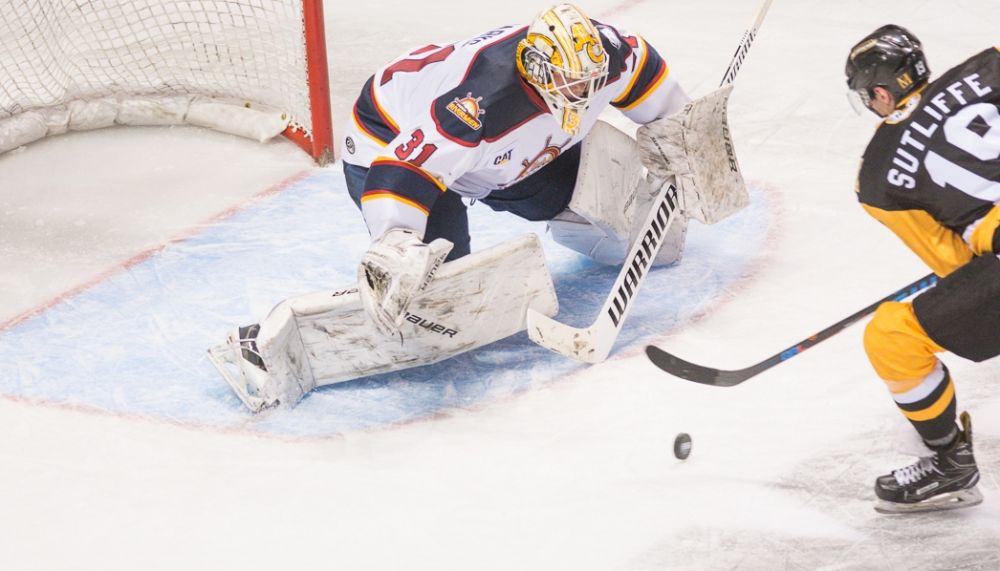 Peoria, IL – The Peoria Rivermen have announced today that the team has re-added goaltender Tyler Parks to the roster, returning the second-year pro from his loan to ECHL Florida. In a separate roster move, the team has placed veteran netminder Peter Di Salvo on waivers.

Parks returns to the Rivermen after spending time in the ECHL with the Florida Everblades and Tulsa Oilers, playing in two games for the former and none for the latter. Parks skated in two contests for the Everblades, going 0-2-0 with a 4.00 goals-against average and a .896 saves rate over 74 minutes of action. With the Rivermen this season, the Imperial, MO native has gone 10-3-1 in 14 games, notching a 2.64 GAA and a .918 save percentage, adding one shutout along the way. Last season for Peoria, Parks saw action in 17 contests, going 8-3-4 with a 2.12 GAA and a .925 saves rate.

Di Salvo departs the Rivermen after he was acquired in a January 24 trade with Fayetteville. Since joining the Rivermen, Di Salvo had gone 9-3-1 with a 2.94 GAA and a .898 saves rate, and had been pulled from each of his last three outings. In 60:09 of net time over his last three starts, Di Salvo allowed nine goals on 38 shots faced, and for the season between Peoria and Fayetteville, the Oakville, ON native is 14-10-4 with a 3.31 GAA and an .890 saves rate.

The Rivermen return to action this Friday, Saturday, and Sunday when they host the Macon Mayhem and Evansville Thunderbolts at Carver Arena. Saturday’s tilt with the Mayhem is Peoria’s annual Hockey Fights Cancer night, with the team wearing specialty jerseys paying tribute to cancer survivors and loved ones lost. Friday’s and Saturday’s games start at 7:15 PM, and Sunday’s contest is set to begin at 3:05. Information about all of Peoria’s remaining home games, and tickets, are available by calling the Rivermen at (309)-676-1040.