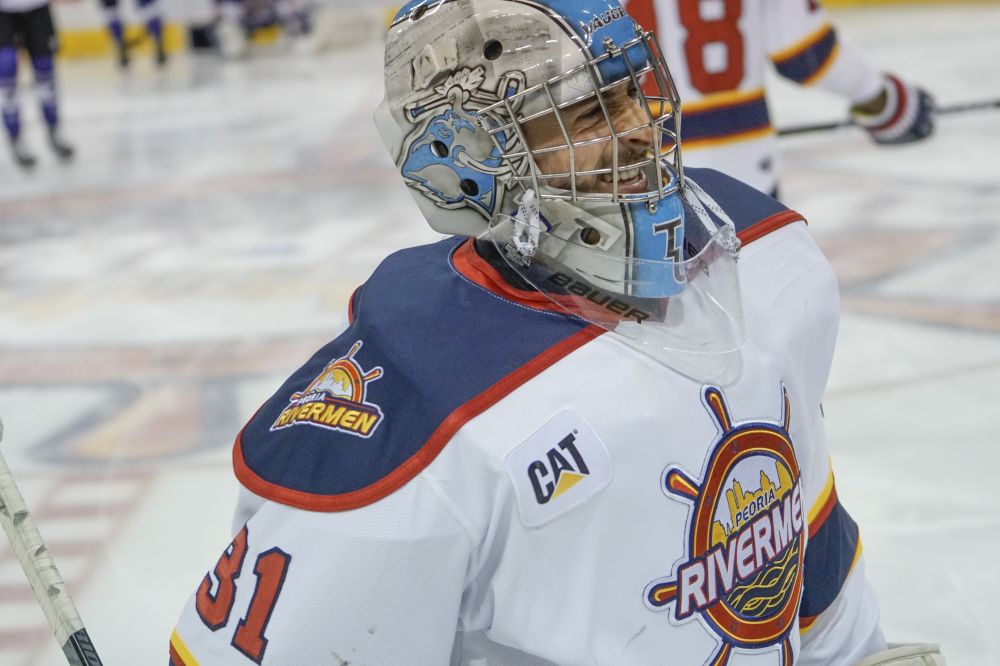 Peoria, IL – The Peoria Rivermen and head coach Jean-Guy Trudel announced the team’s 2018 offseason protected list Wednesday, designating the 13 players from their 2017-18 roster who will be off-limits to Quad City in the Southern Professional Hockey League’s upcoming expansion draft. Additionally, the Rivermen will retain exclusive SPHL negotiation rights with their 13 protected players prior to this October’s training camp and through the duration of the 2018-19 season.

Among Peoria’s 13 protected players for their 2018 offseason is 2017-18 SPHL Defenseman of the Year Dave Pszenyczny, who is joined on the blueline by Ben Oskroba, Cody Smith, Brandon Rumble, Kevin Patterson and Nick Neville, the latter two of whom finished the season on loans to ECHL Wichita and Reading, respectively.

The Rivermen also protected first-year goaltender Mason Pulde after the Lexington, MA native joined the Rivermen in mid-February and went 6-1-1 with a 1.44 goals-against average and a .956 save percentage in 10 outings, earning SPHL Warrior Player of the Month honors for March/April.