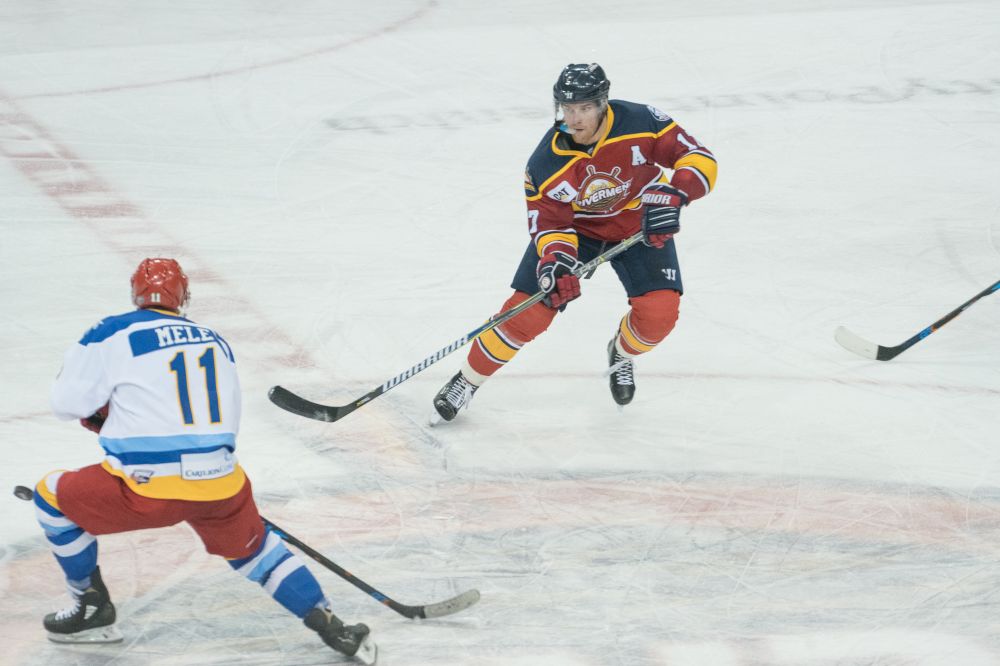 Peoria, IL – The Peoria Rivermen announced Wednesday that the team has signed winger Alec Hagaman to a professional tryout agreement for this October’s training camp. Hagaman, a native of the Peoria area, earned All-SPHL First Team accolades last season, leading the league in plus-minus and pacing the Rivermen with 26 goals and 61 total points.

“Having Hags back is going to be an enormous boost to our team,” said Rivermen head coach Jean-Guy Trudel. “He’s everything you look for in a veteran guy to build your team around. He leads by example and works hard every day, and he’s the kind of player who will do whatever it takes to help his team win.”

Hagaman, 28, enters his fifth professional season, having spent all but nine games of his pro career with his hometown Rivermen. In 201 career SPHL regular-season contests, all with Peoria, the graduate of nearby Dunlap High School has tallied 65 goals and 85 assists, adding 487 career penalty minutes and a +60 lifetime plus-minus rating.