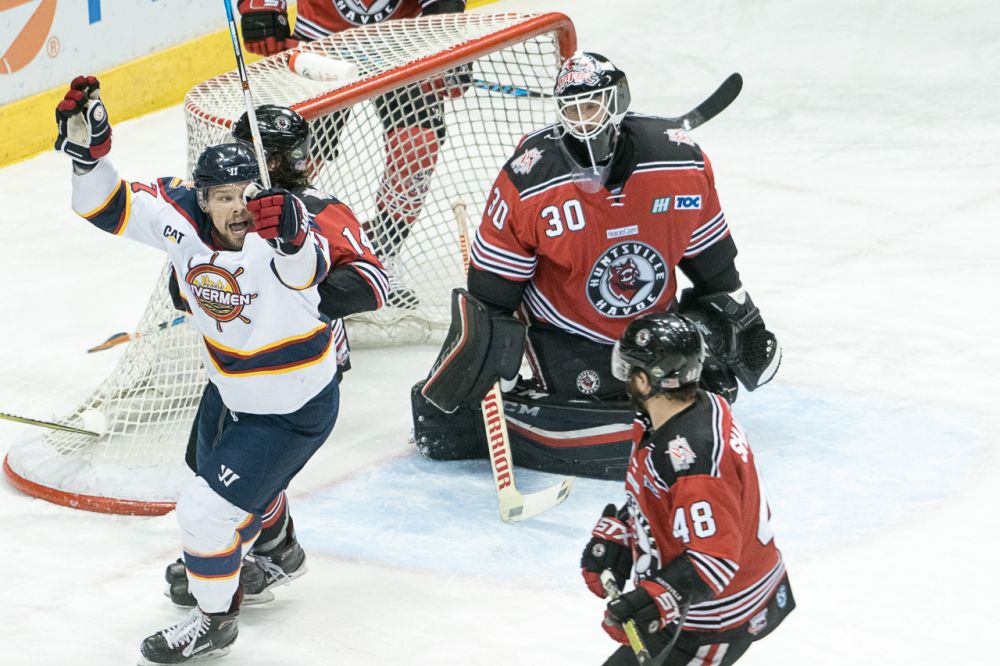 Peoria, IL – The Peoria Rivermen announced Tuesday that the team has signed wingers Joe Kalisz and Tommy Mahoney to professional tryout agreements for this October’s training camp. Kalisz returns to the Rivermen after joining Peoria from Fayetteville via trade last January, while Mahoney began his pro career late last season with the Marksmen, suiting up for nine games after concluding his amateur career at Assumption College.

Kalisz, 27, enters his third pro season after joining Peoria via trade January 24, finishing the campaign with 10 goals and seven assists in 27 games for the Rivermen. The Davison, MI native went on to post three goals and two assists during Peoria’s run to the President’s Cup Finals, logging all of those points during Games 1 & 3 of the finale with Huntsville.

“Getting Joe back and having him up front will be huge for our offense this year,” said Rivermen head coach Jean-Guy Trudel. “He is a threat to score from any spot on the ice, and his puck handling skills in small areas creates problems for opposing defenses.”

Mahoney, 23, comes to Peoria after beginning his pro career last season with the Fayetteville Marksmen, skating in nine games after he wrapped up a four-year stint at NCAA Division-III Assumption College in Worcester, MA. While at Assumption, the Braintree, MA native logged 68 points in 102 career games, including 27 points in 27 outings while serving as team captain during the 2017-18 campaign.

Peoria will host a preseason game against the Quad City Storm at Carver Arena October 13 before beginning the regular schedule on the road October 20 in Moline, IL. Single-game tickets for Peoria’s preseason contest will go on sale Thursday morning, September 20, at 9 AM, with all tickets available for $10. Single-game tickets for all 28 of Peoria’s 2018-19 regular-season home games go on sale Monday morning, October 1, starting at $12 each. All tickets can be purchased through the Rivermen office, by phone at (309)-676-1040, or through the Toyota Box Office at the Peoria Civic Center.