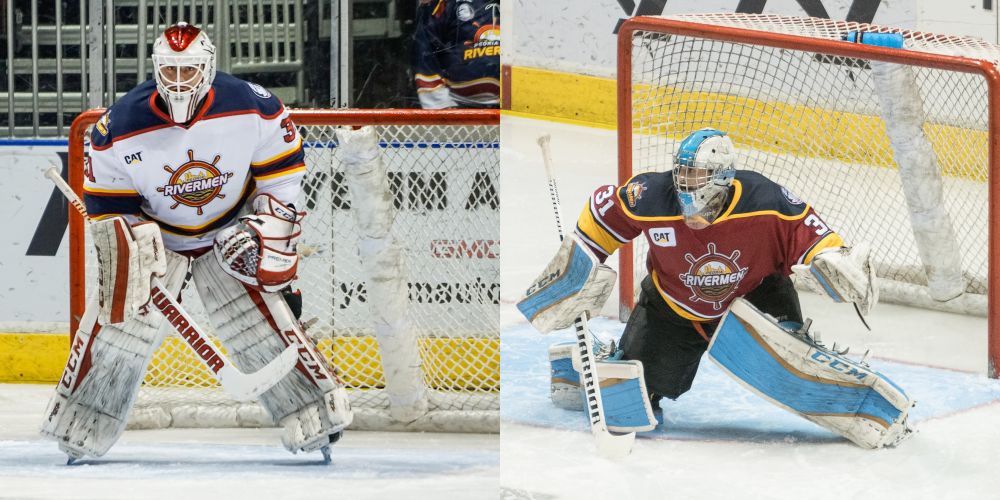 Peoria, IL – The Peoria Rivermen announced today that the team has signed goaltenders Storm Phaneuf and Mason Pulde to professional tryout agreements for this October’s training camp. Phaneuf returns to the Rivermen after missing most of last season with injury, while Pulde comes back to Peoria after earning SPHL Warrior Player of the Month honors last March/April.

Phaneuf, 22, began his pro career with the Rivermen in 2016-17, a season that saw him lead all SPHL netminders with a 2.06 goals-against average and earn SPHL All-Rookie honors before leading Peoria to the President’s Cup Finals. The Gatineau, QC native began last season with the ECHL’s Rapid City Rush, playing in five games before returning to Peoria in mid-December.

“We’re excited to get Storm back for training camp this year,” said Rivermen head coach Jean-Guy Trudel. He’s been rehabbing and working very hard since his injury and having him back is going to huge for our goaltending situation. His ability to play the puck is outstanding, and he’s a great guy to have around the locker room as well.”

Pulde, 24, returns to Peoria after joining the Rivermen from FHL Watertown last February, going 6-1-1 with a 1.44 GAA and a .956 save percentage in 10 outings down the stretch, earning Warrior SPHL Player of the Month honors for March/April along the way. The Tufts University product began his pro career with the Federal Hockey League’s Watertown Wolves last season, going 3-0-0 with a 2.06 GAA and a .925 saves rate before joining the Rivermen Feb. 6.

“We’re glad to get Mason back into the fold for this season,” said Trudel. “He came on strong at the end of last season, his work ethic was second to none, and he really carried us for a while there in the month of March. Seeing the amount of time he puts in on the practice rink every day was really inspiring to all of us.”

Phaneuf and Pulde become the third and fourth goaltenders to sign with the Rivermen for this season’s training camp, joining Braeden Ostepchuk and Aaron Taylor. The Rivermen will open training camp in early October prior to their Oct. 13 preseason contest against Quad City at Carver Arena. Single-game tickets for all 2018-19 Rivermen home games will go on sale October 1 at 10 AM, and season and group tickets are available now by calling the Rivermen office at 309-676-1040.