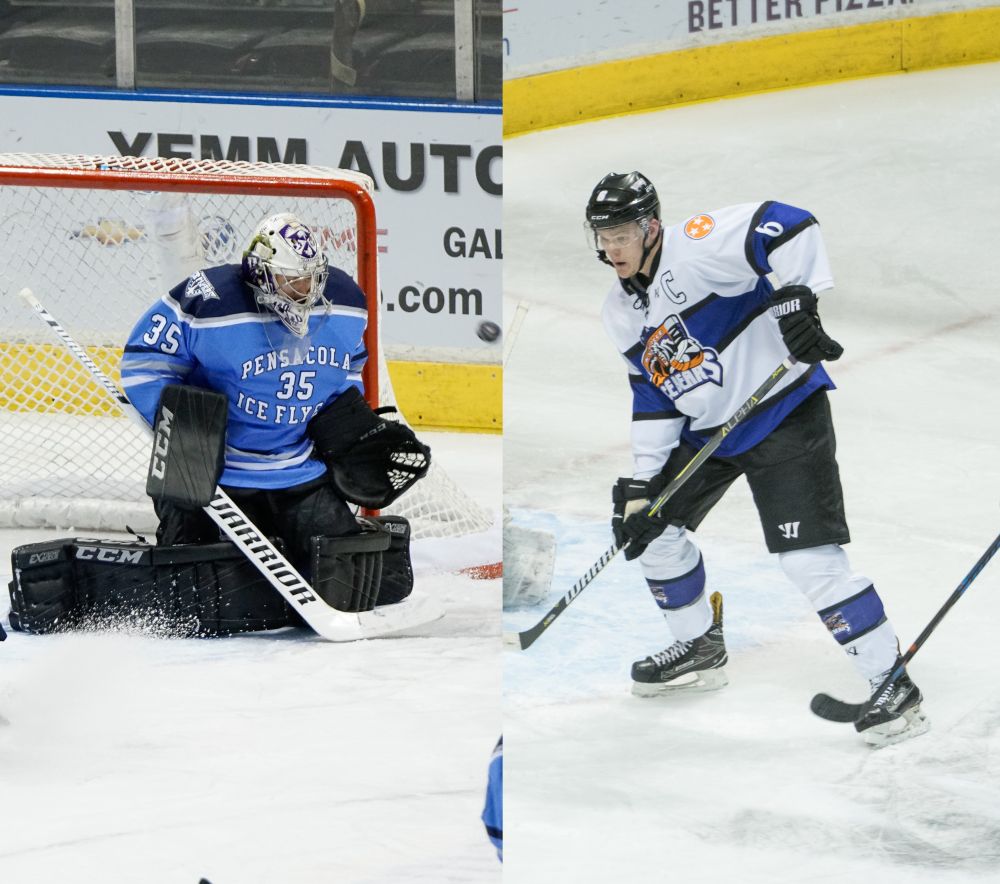 Peoria, IL – The Peoria Rivermen announced today that the team has signed goaltender Greg Dodds, defenseman Jake Flegel, and winger Vincent Beaudry to professional tryout contracts for this October’s training camp. Dodds and Flegel both saw action in the SPHL and ECHL last season, while Beaudry embarks on his pro career after playing his final junior hockey season with the Whitecourt Wolverines and Drayton Valley Thunder of the Alberta Junior Hockey League.

Dodds, 26, comes to Peoria after splitting last season between four teams, seeing action 11 times in the SPHL for Pensacola and Macon, and suiting up for nine ECHL games for Indy and Greenville. In his 11 SPHL outings, Dodds went 7-1-0 with a combined 2.13 goals-against average and a .932 save percentage.

“We’re happy to get Dodds signed on for training camp this year,” said Rivermen head coach Jean-Guy Trudel. “He’s a big body goaltender with a high compete level, and we saw him put up great numbers and play well against us last season, he’s going to be another high-caliber goaltender competing for a spot on our roster this October.”

Flegel, 26, comes to the Rivermen after spending each of the last three seasons in the SPHL with Knoxville, earning ECHL stints last season with Brampton and Cincinnati, totaling 12 ECHL games with a goal and an assist. In his SPHL career, Flegel has skated in 115 regular-season contests, notching four goals and 34 assists to go with 216 penalty minutes and a +13 rating.

“Jake is a big body who can bring size and toughness to our defense this year,” said Trudel. “He was Knoxville’s captain last year, so he brings leadership experience that will add to our team off the ice as well.”

Beaudry, 21, joins the Rivermen after finishing his junior career last season in the AJHL, tallying 20 goals and 41 assists over the course of 50 games for the Whitecourt Wolverines and Drayton Valley Thunder. In his junior career, the Montmagny, QC native has also seen action in seven QMJHL contests and posted four points in eight games for the SJHL’s Melfort Mustangs last year before transitioning to the AJHL.

Peoria will host a preseason game against the Quad City Storm at Carver Arena October 13 before beginning the regular schedule on the road October 20 in Moline, IL. Single-game tickets for Peoria’s preseason contest will go on sale Thursday morning, September 20, at 9 AM, with all tickets available for $10. Single-game tickets for all 28 of Peoria’s 2018-19 regular-season home games go on sale Monday morning, October 1, starting at $12 each. All tickets can be purchased through the Rivermen office, by phone at (309)-676-1040, or through the Toyota Box Office at the Peoria Civic Center.