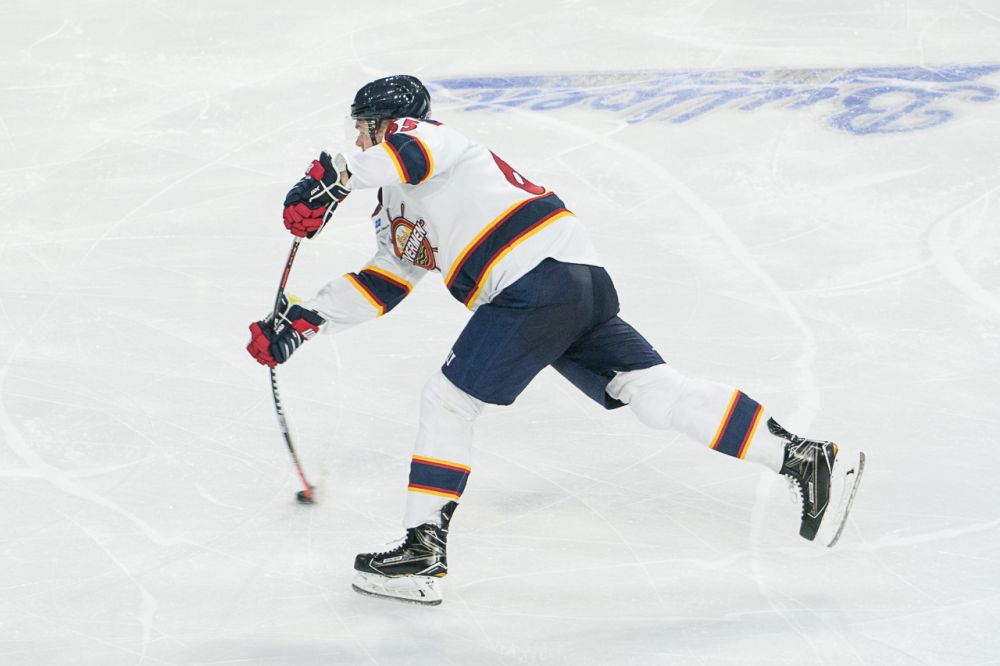 Peoria, IL – The Peoria Rivermen announced a series of roster cuts on Sunday, trimming their training camp list below the league’s mandatory 22-man limit prior to Wednesday’s final 19-man deadline. Among the remining Rivermen are 11 forwards, eight defensemen, and two active goaltenders. 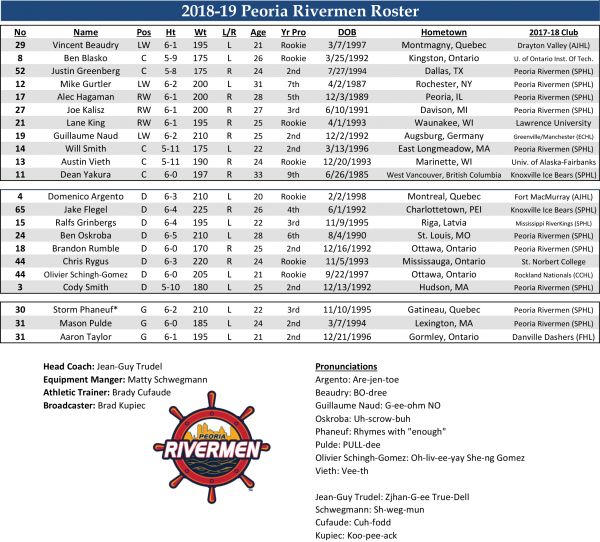 The Rivermen are expected to make more cuts Wednesday to reach the SPHL’s 19-man regular-season limit before October 20’s season opener at Quad City. The Rivermen will open the home portion of their regular season schedule

at Carver Arena November 2 against the Quad City Storm, with tickets available through the Rivermen office at (309)-676-1040.