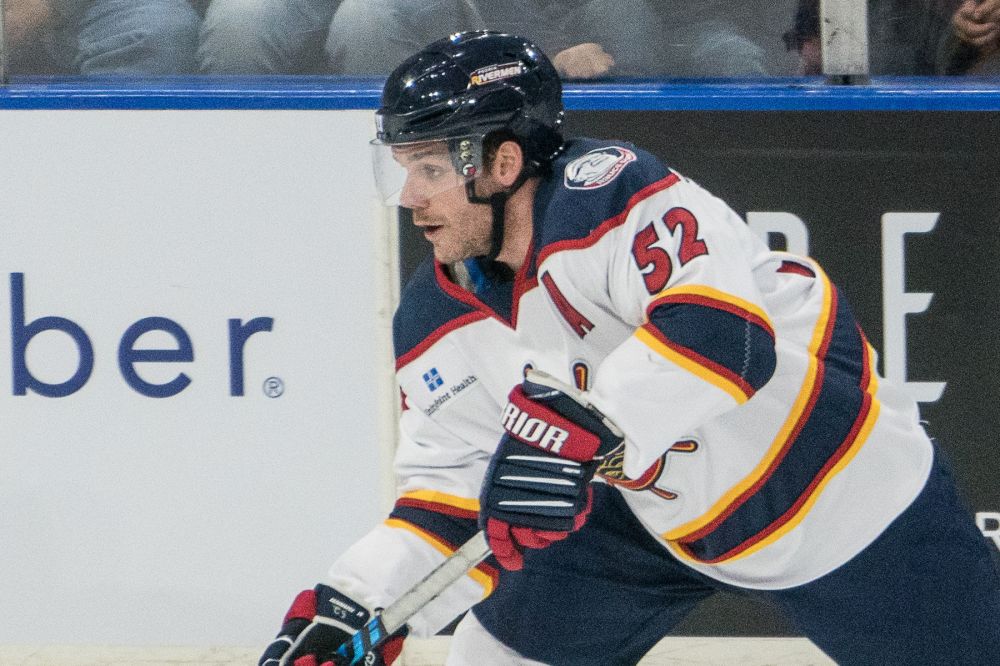 Peoria, IL – The Peoria Rivermen announced the return of Justin Greenberg to their active roster today after the second-year pro skated in six games during his loan to ECHL Atlanta. Additionally, the Rivermen announced Tuesday that the team placed has placed center Robert Lepine on waivers.

Greenberg returns to the Rivermen after a six-game ECHL spell with the Atlanta Gladiators, logging four penalty minutes and a -3 plus/minus rating. Prior to his loan on November 7, the Dallas, TX native was leading the SPHL with 10 points in just five outings, recording five goals and five assists to go with a +7 rating.

Lepine departs Peoria after skating in one of the team’s two games in Evansville over the weekend, seeing action Friday night before the second-year pro was scratched for Saturday’s rematch.

The Rivermen are set to return to the ice for games this Friday and Saturday, November 23 and 24 against the Thunderbolts and Pensacola Ice Flyers, respectively, at Carver Arena. November 23 is Peoria’s annual Black Friday game, with select lower bowl tickets for the game discounted to $10 throughout the week. November 24 is Peoria’s second annual Wiener Dog Race Night, presented by Camp Bow Wow of Peoria, with specialty jerseys worn by the Rivermen and auctioned off postgame, and the team’s second ever Dachshund Race on ice during intermissions. Tickets to all of Peoria’s remaining 2018-19 home games are available by calling the team at (309)-676-1040.