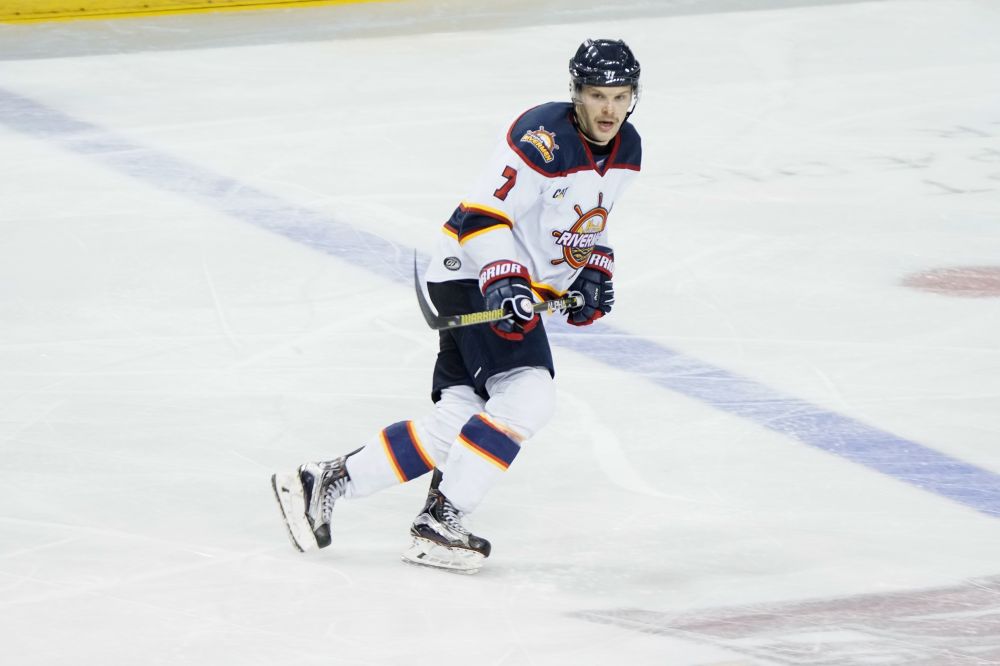 Peoria, IL – The Peoria Rivermen announced today that the team has signed defenseman Kevin Patterson to a contract. In an additional move, the team has waived rookie defenseman Austin Frank.

Patterson, 25, began last season with the Rivermen, logging 12 assists in 27 games before earning a loan to ECHL Wichita January 17. Patterson finished his first pro season with the Thunder, skating in 19 ECHL games, notching his first pro goal and adding six assists. The Colorado Springs, CO native began this season on Wichita’s season-opening roster but did not see any game action.

The Rivermen return to action this Friday and Saturday when they take on the Fayetteville Marksmen at Carver Arena, with both games set to begin at 7:15 PM. Saturday is Peoria’s annual Military Appreciation Night, presented by the Illinois Air National Guard. The Rivermen are offering all military service members, past and present, a free ticket to the game with a valid ID. The game is also CityLink Peoria’s annual Stuff-A-Bus food drive collection game, with the first 1,000 fans bringing a nonperishable food item receiving a free Rivermen T-shirt. Finally, Saturday is Peoria’s first Chicago Blackhawks Night of the season, with the Blackhawks Ice Girls in attendance. Tickets for both weekend games are available by calling the Rivermen at (309)-676-1040 or by going to the Rivermen office at the Peoria Civic Center.