On this week's episode of the Dry Dock Podcast, we sit down with Peoria native Austin Wisely & talk about the Musta… https://t.co/wfeaW9BKGW #LIVETWEET Our pocket schedules are here! Special thanks to @paradicecasino @CEFCU @Health_Alliance @AmerenIllinois Big Mike's… https://t.co/FRkc4uEfv8 #LIVETWEET ICYMI: Kasey Kulczycki headlines a group of three veteran forwards returning to the Rivermen after last year's cham… https://t.co/gnQZkFiAph #LIVETWEET

Widmar Returns to Peoria on Eve of Home Opener 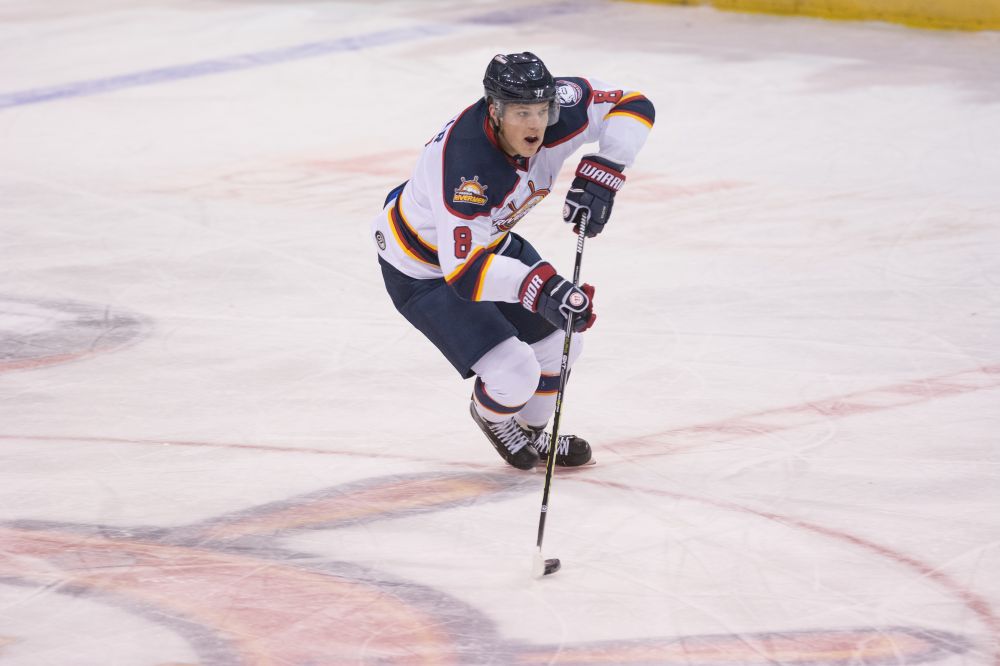 Widmar Returns to Peoria on Eve of Home Opener

Peoria, IL – The Peoria Rivermen announced today that the team has signed center Joseph Widmar prior to this weekend’s home-and-home series with the Quad City Storm, which begins with Peoria’s home opener tomorrow night. Widmar, 23, rejoins the Rivermen after skating in 36 regular-season contests for Peoria last year, logging 11 goals and 29 assists.

Widmar was on Peoria’s 13-player protected list this offseason, and made ECHL Fort Wayne’s Opening Night roster in October, playing in two games and recording an assist for the Komets. Last season, in 20 ECHL games between Fort Wayne and Greenville, the Northbrook, IL native logged six assists. Widmar returned to Peoria last January, and eventually posted two goals and three assists in seven playoff games, helping the Rivermen to the President’s Cup Finals.

“(Widmar) is a huge talent and we’re glad to have him back in Peoria,’ said Rivermen head coach Jean-Guy Trudel. “He’s a big body at center who plays a heavy game on the forecheck, and his vision and puck-handling skills make him a difficult match up for any team to deal with.”

The Rivermen begin the home portion of their 2018-19 regular season tomorrow night at Carver Arena when they take on the Quad City Storm at 7:15. The team is set to hand out Rivermen magnet schedules to the first 3,000 fans through the doors courtesy of Auto Owners and Envision Insurance Group. Tickets for the game are still available through the Rivermen office at (309)-676-1040 or through the Toyota Box Office at the Peoria Civic Center.