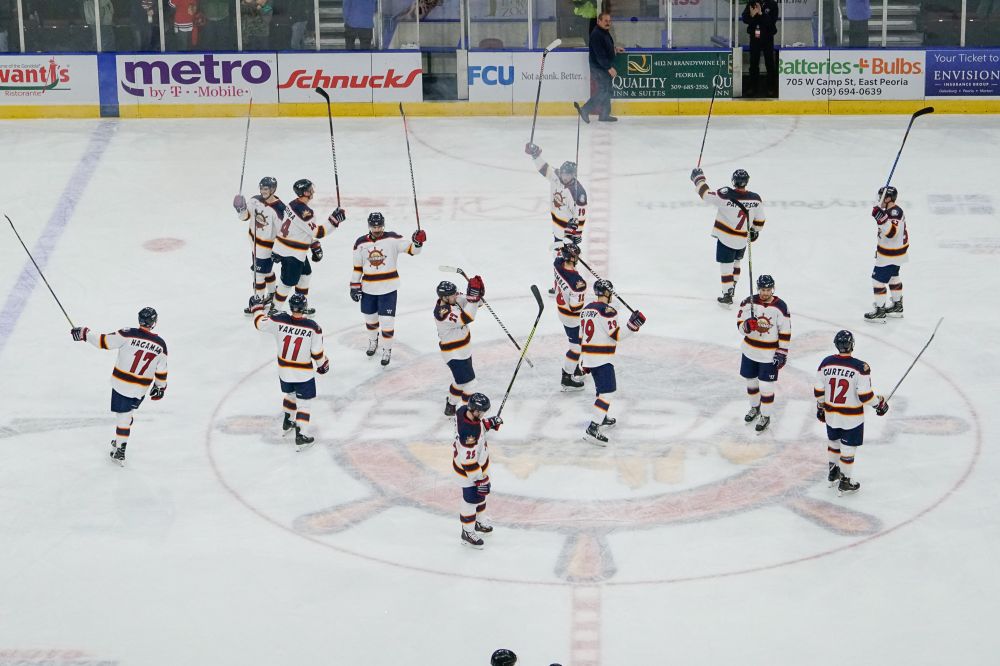 Huntsville, AL – The Peoria Rivermen announced today that the team has signed center Beau Walker to a contract before this afternoon’s game against the Huntsville Havoc in Alamaba. Walker began his pro career earlier this season with the Evansville Thunderbolts, producing four assists in nine outings before being waived November 20.

Walker joins the Rivermen from the Carolina Thunderbirds of the Federal Hockey League, where he has logged four goals and six assists in 10 games this season. Last season, the 26-year-old finished up a collegiate stint at BCIHL Eastern Washington University, where he recorded 22 goals and 14 assists in 22 games.

The Rivermen return to action in Huntsville at 1 PM when they take on the Havoc before traveling to Quad City Monday. The Rivermen will return home to Carver Arena for games January 4, 5, and 6, hosting their annual flip calendar giveaway for the first 2,000 fans on the 4th, with Chicago Cubs mascot Clark also in attendance. Peoria will host their Miracle on Ice night on the 5th, wearing special jerseys paying tribute to the 1980 USA Olympic Gold Medal team, sponsored by the Gift of Hope Organ and Tissue Donor Network. Sunday will be another Family Fun Sunday at Carver Arena, with pregame inflatables, face painting, and balloon art courtesy of Fun on the Run, Wild Style Design, and Unique Twist, respectively, beginning at 2:05 PM, one hour prior to puck drop. Tickets to all of Peoria’s remaining 2018-19 regular season home games are available through the Rivermen office at (309)-676-1040.