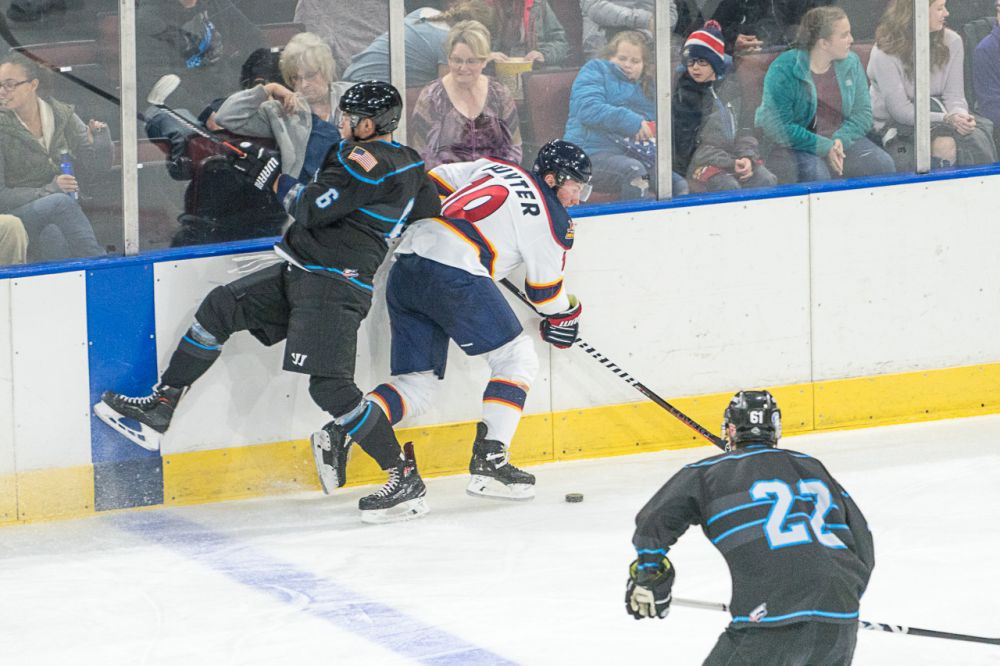 Peoria, IL – The Peoria Rivermen announced today that the team has signed rookie winger Drake Hunter to a full contract. In a separate move, the Rivermen have traded the SPHL rights to center Robert Lepine to the Pensacola Ice Flyers in exchange for future considerations.

Lepine departs the Rivermen after he was placed on Team Suspension following Peoria’s November 24 game against the Ice Flyers in Peoria. In his three-game stint with the Rivermen, Lepine failed to record a goal or an assist. In 26 games for Pensacola last season, Lepine tallied six goals and assisted on 16 others before leaving the team to play overseas for the EIHL’s Braehead Clan, where he notched five goals and nine helpers in 22 outings.

The Rivermen are set to return to action at home when they host the Evansville Thunderbolts and Huntsville Havoc this Saturday and Sunday, respectively. December 8 will be Peoria’s Jimmy Buffett Night presented by Easley Winery and Reggae Wines, with special jerseys worn by the Rivermen and auctioned off postgame. Peoria will also hold their annual Teddy Bear Toss December 8, with all stuffed animals thrown on the ice after the first Rivermen goal donated to local charities. Tickets to all of Peoria’s remaining 2018-19 home games are available by calling the team at (309)-676-1040.