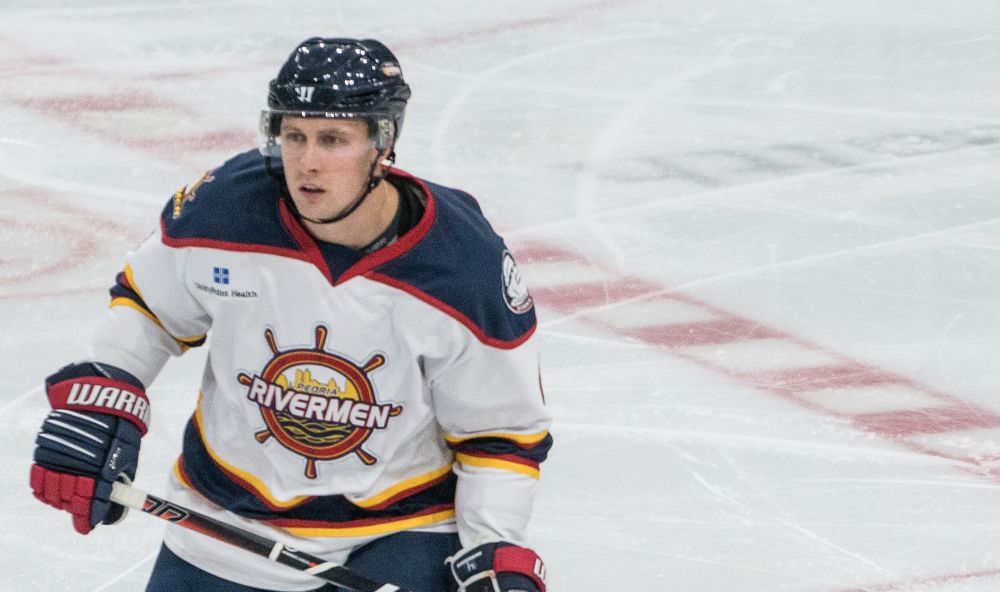 Peoria, IL – The Peoria Rivermen have announced today that the team has loaned defenseman Austin Frank to the ECHL’s Norfolk Admirals. Frank becomes the second Rivermen defenseman called up to Norfolk this week, joining Brandon Rumble, who recorded an assist in his ECHL debut with the Admirals at Orlando December 1.

Frank joins Norfolk after the first-year pro saw action in eight games for the Rivermen, tallying five assists and notching his first pro goal in Saturday’s overtime loss at Fayetteville. The 25-year-old native of DeForest, WI spent the last four seasons with Lawrence University, where he was named team captain as a senior in 2017-18, posting a goal and 18 assists in 27 games.

The Rivermen are set to return to action at home when they host the Evansville Thunderbolts and Huntsville Havoc this Saturday and Sunday, respectively. December 8 will be Peoria’s Jimmy Buffett Night presented by Easley Winery and Reggae Wines, with special jerseys worn by the Rivermen and auctioned off postgame. Peoria will also hold their annual Teddy Bear Toss December 8, with all stuffed animals thrown on the ice after the first Rivermen goal donated to local charities. Tickets to all of Peoria’s remaining 2018-19 home games are available by calling the team at (309)-676-1040.