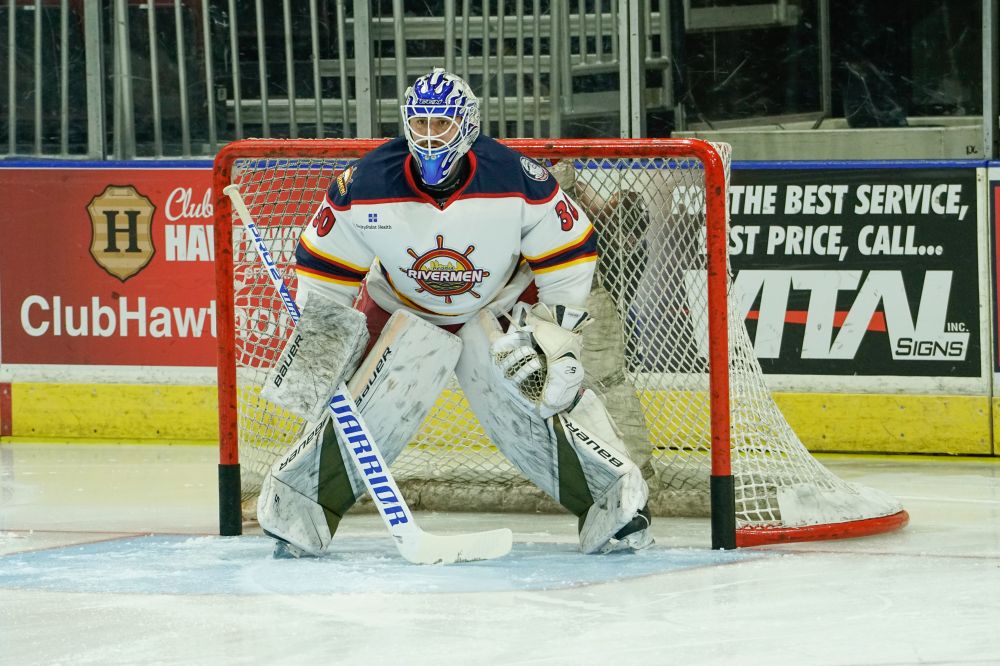 Phaneuf and Naud join seven other Rivermen on ECHL loans

Huntsville, AL – The Peoria Rivermen have announced today that the team has loaned goaltender Storm Phaneuf and defenseman/winger Guillaume Naud to ECHL Brampton and Indy, respectively. Additionally, the Rivermen have signed winger Jack Prince and emergency backup goaltender Jeremy Gardner before tonight’s game against the Huntsville Havoc at the Von Braun Center.

Phaneuf joins the Brampton Beast after earning his sixth win of the season last Saturday at Quad City. The Gatineau, Quebec native is currently ranked third in the SPHL with a 1.99 goals-against average.

Naud departs the Rivermen for his second ECHL stint of the season after he played in one game for the Kalamazoo Wings December 12 at Brampton. Last season with ECHL Greenville and Manchester, Naud recorded a goal in 10 games, and with Peoria this season he has posted two goals and five assists in 18 outings.

Prince joins the Rivermen after last playing professionally for the EIHL’s Manchester Storm in England during the 2016-17 season, recording 16 goals and 11 assists in 52 games. Prince teamed with current Rivermen Justin Greenberg and Nick Neville when he captained the NAHL’s Texas Tornado to a Robertson Cup Championship in 2011-12.

The Rivermen return to action tonight and tomorrow afternoon when they take on the Huntsville Havoc before traveling to Quad City Monday. The Rivermen will return home to Carver Arena for games January 4, 5, and 6, hosting their annual flip calendar giveaway for the first 2,000 fans on the 4th, with Chicago Cubs mascot Clark also in attendance. Peoria will host their Miracle on Ice night on the 5th, wearing special jerseys paying tribute to the 1980 USA Olympic Gold Medal team, sponsored by the Gift of Hope Organ and Tissue Donor Network. Sunday will be another Family Fun Sunday at Carver Arena, with pregame inflatables, face painting, and balloon art courtesy of Fun on the Run, Wild Style Design, and Unique Twist, respectively, beginning at 2:05 PM, one hour prior to puck drop. Tickets to all of Peoria’s remaining 2018-19 regular season home games are available through the Rivermen office at (309)-676-1040.