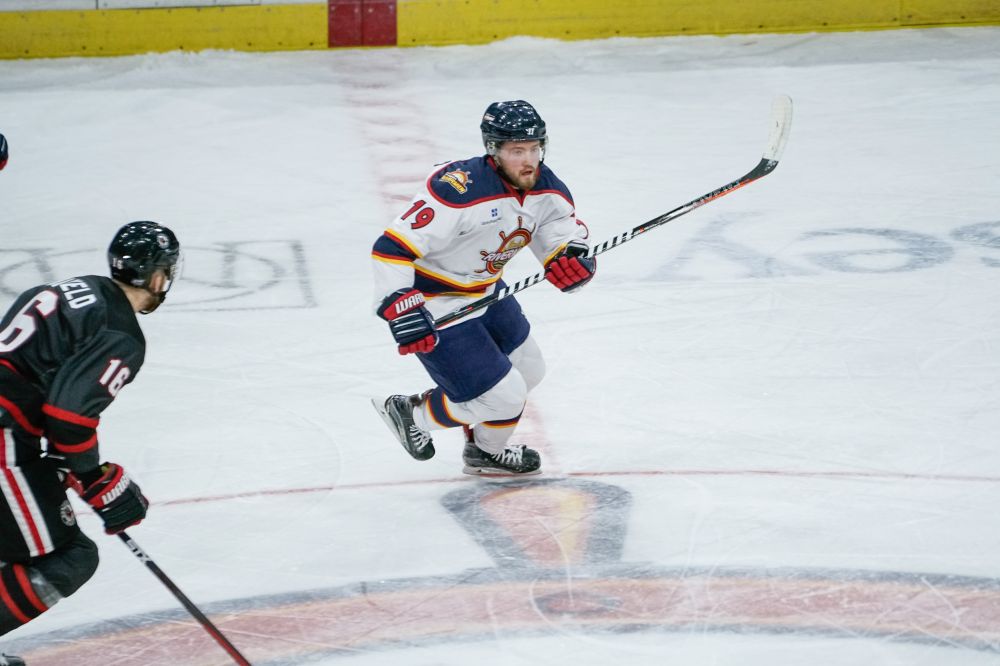 Peoria, IL – The Peoria Rivermen announced today that the team has returned defenseman Ralfs Grinbergs from his loan to ECHL Indy, loaned winger Ben Blasko to ECHL Orlando, and placed goaltender Ryan Mulder on waivers. The moves come before Peoria’s three-game weekend against the Pensacola Ice Flyers in Florida this Friday, Saturday, and Sunday.

Grinbergs returns to Peoria after earning his first career ECHL stint with the Indy Fuel, logging four penalty minutes in six games after posting a goal and 13 assists in 27 games with the Rivermen. Last season, his first in North America, Grinbergs tallied three goals and 14 assists in 51 games for the SPHL’s Mississippi RiverKings, adding an assist in 3 postseason outings.

Blasko, 26, earns his first ECHL stint in his first pro season after he spent time with ECHL Tulsa in this October’s training camp. This season, Blasko is tied for Peoria’s team lead with 22 assists and 33 points, both of which rank best among all SPHL rookies this season. The Kingston, ON native becomes the 14th individual Rivermen player loaned to an ECHL team this season, and the 16th total loan to the ECHL from Peoria’s roster.

The Rivermen return to action tomorrow night when they kick off a six-game road trip in Pensacola Florida, playing the first of three against the Ice Flyers. Peoria will take on the Ice Flyers tomorrow, Saturday, and Sunday, and then travel to Macon, Georgia to face the Mayhem next Thursday through Saturday.