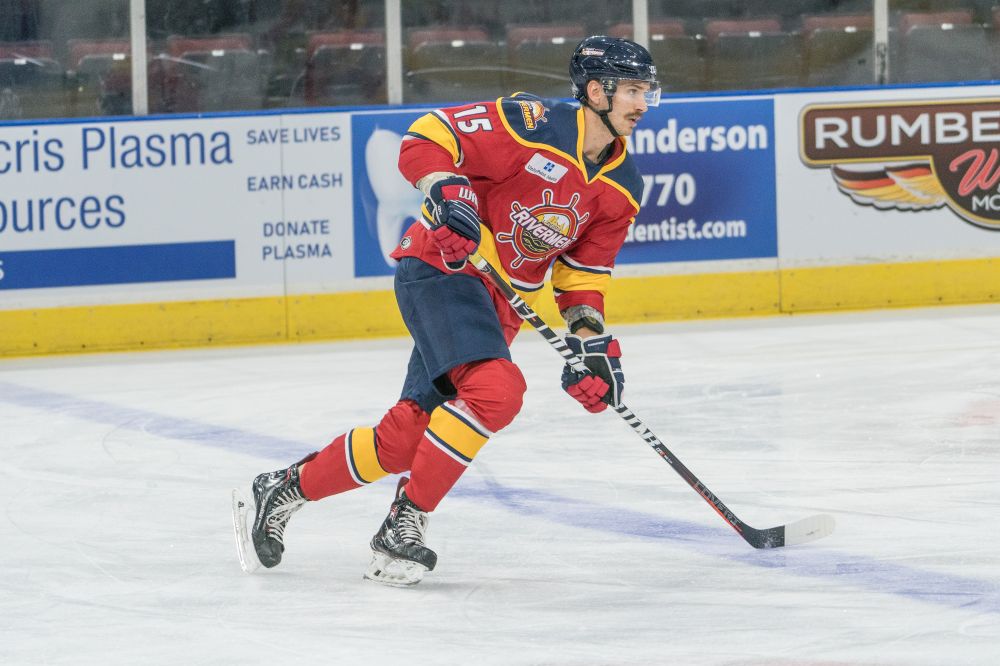 Peoria, IL – The Peoria Rivermen announced today that the team has loaned defenseman Ralfs Grinbergs to the ECHL’s Indy Fuel. Grinbergs becomes the 17th call-up from Peoria’s roster to the next level this season and is one of 10 players currently on loan to an ECHL team.

Grinbergs has notched a goal and 13 assists in 23 games for the Rivermen this season, and his +18 plus/minus rating is second on the Rivermen roster, trailing league-leader Austin Vieth. Last season with the RiverKings Grinbergs saw action in 51 regular-season contests, recording three goals and 14 assists before adding an assist in three postseason outings as the RiverKings were ousted from the Challenge Round by eventual champion Huntsville.

The Rivermen return to action this Friday and Saturday night at Evansville before returning home to face the Quad City Storm January 18 & 19 with postgame concerts after both home games. Tickets for all of Peoria’s remaining 2018-19 regular-season home games are available by calling the Rivermen office at (309)-676-1040.