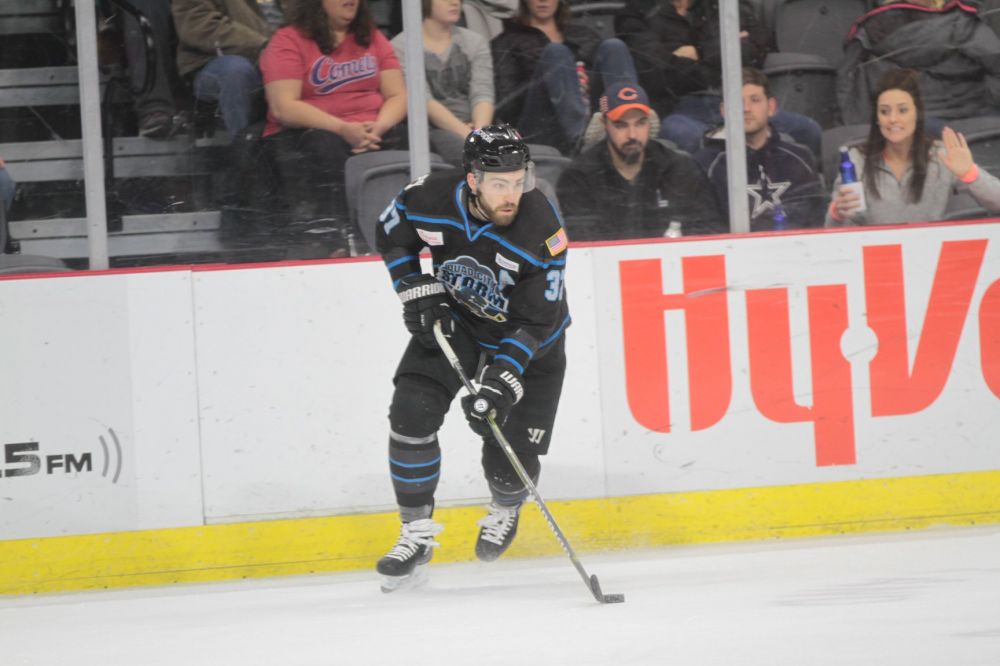 Peoria, IL – The Peoria Rivermen announced today that the team has completed a trade with the Quad City Storm, acquiring winger Austin Hervey in exchange for center Dean Yakura, winger Stephen Gaul, and the SPHL rights to center Joseph Widmar, currently on loan to ECHL Atlanta. In a separate move, the Rivermen have placed defenseman Aaron Atwell on waivers.

“Austin Hervey is a guy I’ve had my eye on acquiring for a little while,” said Rivermen head coach Jean-Guy Trudel. “He brings skill, size, and toughness, and he’s been a winner everywhere he’s gone through his junior and college careers.”

Hervey spent four collegiate seasons at Adrian College, notching 52 points (27g, 25a) in 100 games, including a career-high 20 points in 26 games as a junior during the 2015-16 season. The Brighton, MI native began his pro career at the end of the 2016-17 season, posting a goal and an assist in five games for the ECHL’s Indy Fuel after the conclusion of his senior season at Adrian.

Yakura, 33, leaves Peoria after scoring four goals and seven assists in 36 games this season, adding a +1 rating and 39 penalty minutes. Gaul heads to the Storm after logging three goals and three assists in 13 games for the Rivermen this year after beginning his pro career this season with the FHL’s Danville Dashers, netting 16 goals and 11 helpers in 23 outings.

Prior to his December 26 loan to ECHL Fort Wayne, Widmar was leading the SPHL with 18 assists in 15 games this season, adding four goals for the Rivermen. This year in 15 ECHL games between Fort Wayne and Atlanta, Widmar has notched three goals and six assists, including a game-winner for the Gladiators Saturday night.

The Rivermen will return to action at Carver Arena this Friday night, February 8th on what will be Peoria’s first ever Hockey Is For Everyone Night, in cooperation with the You Can Play project Friday’s game is set to begin at 7:15 PM, and tickets to all Peoria’s remaining home games can be purchased by calling the Rivermen office at (309)-676-1040.