Dion Returns to Peoria Amid Flurry of Roster Moves 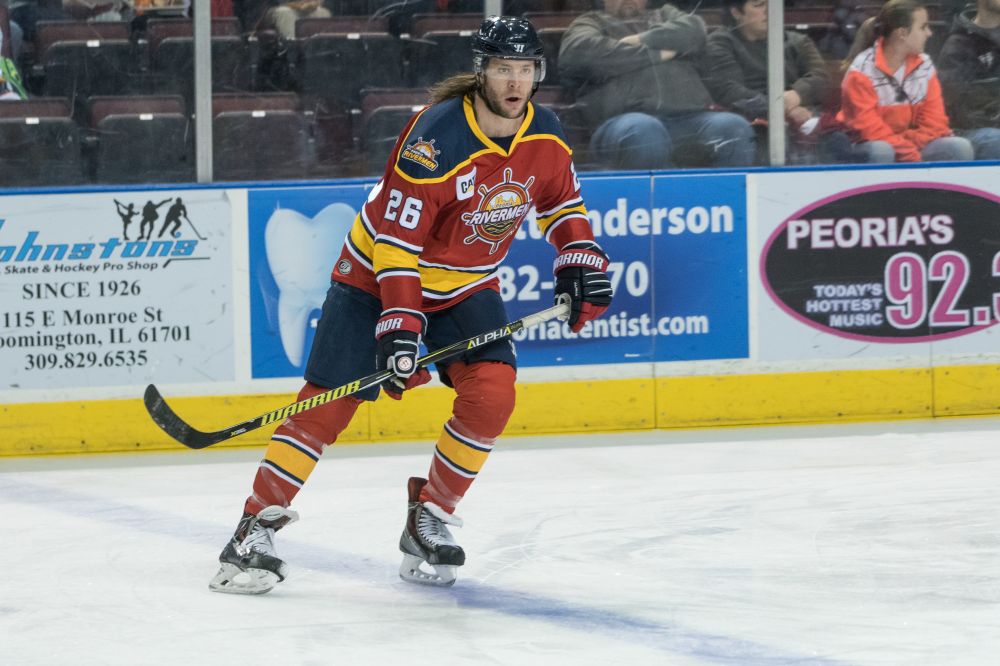 Dion Returns to Peoria Amid Flurry of Roster Moves

Dion, 29, returns to Peoria after spending the 2018-19 season with Roanoke, netting 17 goals and 10 assists in 46 regular-season outings, adding four goals and a helper in five playoff games.

Before joining the Dawgs, Dion spent parts of three seasons with the Rivermen from 2016-18. During his first run with Peoria, Dion totaled 43 goals and 32 assists in 102 regular-season games and eight goals and three assists in 20 playoff games, helping the Rivermen to three straight President’s Cup Finals berths. In the 2016-17 season with the Rivermen Dion netted a career-high 24 goals, 39 points, and +11 rating and paced the Rivermen with six game-winning tallies.

“Bringing Cody back to Peoria is something we’re very excited about,” said Rivermen head coach Jean-Guy Trudel. “He’s a big, physical body and a big net-front presence in the offensive end, we’ve seen what he can do during his first run here and we’re hoping he can play a part in another deep playoff run this season.”

Dion joins fellow returnee and 2017-18 Rivermen teammate Eric Levine on Peoria’s 2019 training camp roster. The Rivermen are scheduled to open training camp during the first full week of October prior to October 19’s season opener against the Quad City Storm at Carver Arena.

The Rivermen were forced to release Gurtler to keep below the league-mandated three veteran quota, with defenseman Ben Oskroba and captain Alec Hagaman also on Peoria’s protected list. The SPHL categorizes a veteran player as one with at least 225 professional regular-season games played, and teams are only allowed to keep three veterans whose professional games played totals add up to no more than 900.

In an additional move today the Rivermen announced that they have traded goaltender Stephen Klein to Roanoke for future considerations. Klein spent all of his rookie season with Peoria last year after he was a late cut from ECHL Florida’s training camp. In 32 regular-season outings Klein went 22-5-3 with a 1.86 goals-against average and five shutouts, both league bests en route to earning SPHL All-Rookie team honors.