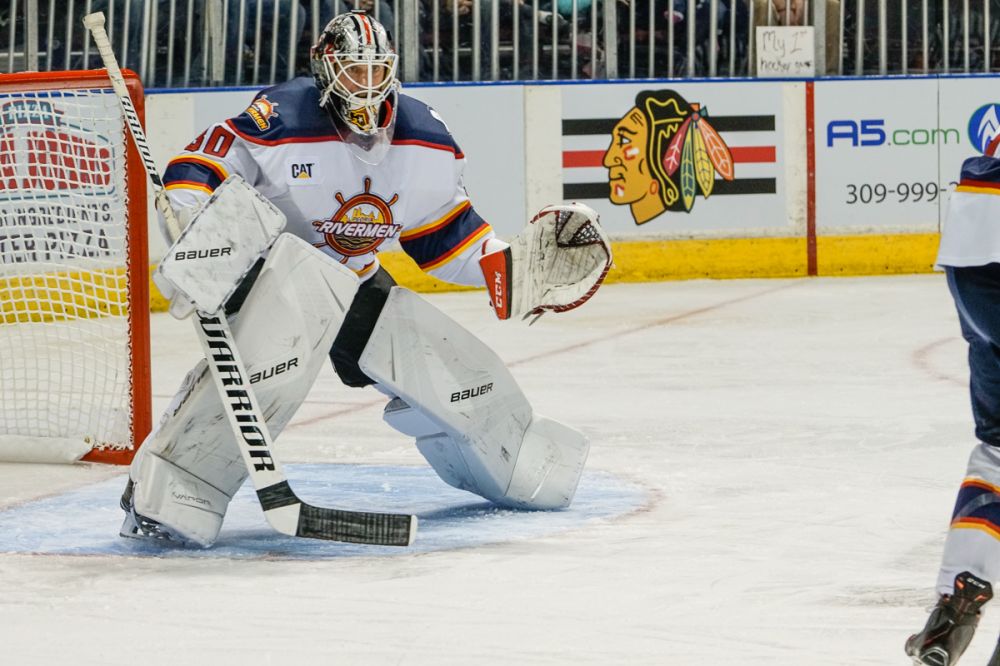 Peoria, IL – The Peoria Rivermen announced today that the team has signed goaltender Eric Levine to a Professional Tryout Agreement for this October’s training camp. Levine returns to Peoria for his fourth stint with the Rivermen after beginning last season with the SPHL’s Quad City Storm, finishing the year on the roster of the (ECHL) Kelly Cup champion Newfoundland Growlers.

Levine, 30, last played for the Rivermen during the 2017-18 season, when he went 10-2-0 with a 2.60 goals-against average and .921 save percentage before suffering a season-ending injury December 23. The 6-foot-3 185-pounder began his pro career with the Rivermen during the 2013-14 season, playing in 23 games for Peoria amidst call-ups to CHL Allen and Quad City, ECHL Toledo and AHL Syracuse.

Last season Levine posted a 2-5-2 record with two shutouts, a 2.53 GAA and .932 saves rate for Quad City before being loaned to ECHL Fort Wayne December 22. The Wheeling, IL native spent the rest of the season in the ECHL between Fort Wayne and Newfoundland, eventually hoisting the Kelly Cup with the Growlers. In 62 career SPHL games, Levine has compiled a 28-21-7 record with a 2.72 GAA and .915 save percentage, including four career shutouts.

“Getting Eric back into the fold is going to be big for our back end,” said Rivermen head coach Jean-Guy Trudel. “He’s a big-body goaltender with a lot of experience and a veteran presence, and he has his heart set on being a part of bringing a championship to the city where he started his pro career six years ago.”