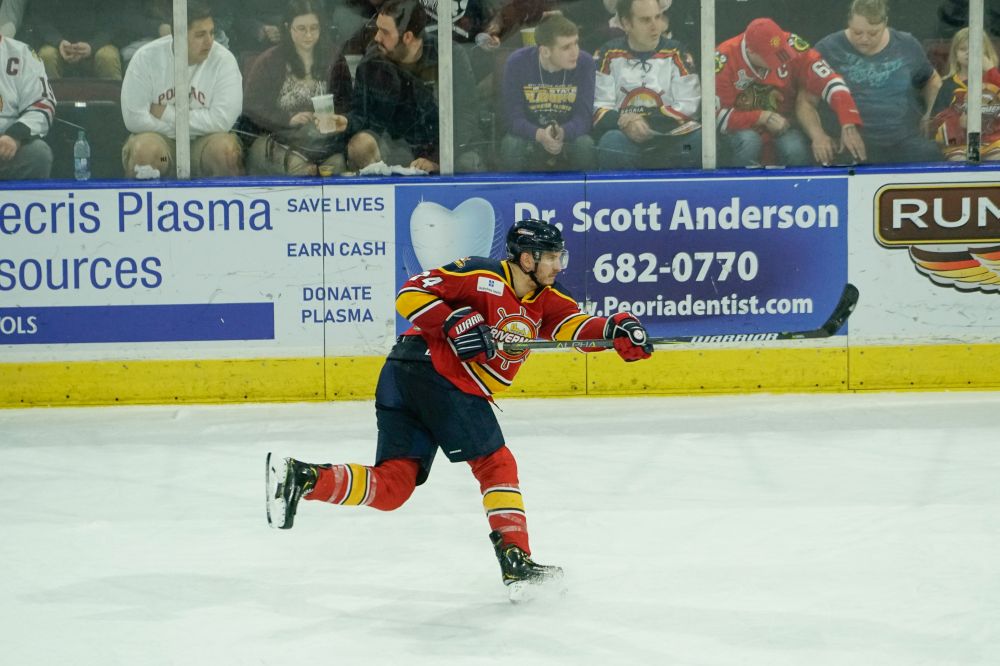 Oskroba, 28, returns to Peoria for his seventh season with the Rivermen, remaining the only player to have seen action with Peoria in each of their SPHL campaigns. In his SPHL career, spent entirely with Peoria, Oskroba has played in 262 regular-season games, posting 84 career points and a +62 plus-minus rating and added five points and a +7 in 30 playoff contests. Last season with the Rivermen, the veteran blueliner saw action in 49 regular-season contests, netting eight goals and nine assists before scoring a goal in Peoria’s two-game playoff series loss to Roanoke.

“We’re pumped to have Ben back for another season in Peoria,” said Rivermen head coach Jean-Guy Trudel. “He’s a veteran presence on the ice, in our locker room, and on the bench, he comes to the rink with a contagious smile every day, and he makes sure everybody is on the same program doing things the right way.”

The Rivermen also announced today that the team has signed defenseman Aleh Shypitsyn to a tryout deal for this October’s training camp. Shypitsyn, 28, has skated in 239 career games in the Federal Prospects Hockey League for Danville and Watertown, twice helping his team to the league’s Commissioner’s Cup. Prior to moving stateside, the Minsk, Belarus native saw action in 252 games in Belarus’ top two professional leagues, and 43 more games in the Russian MHL junior league.

Oskroba and Shypitsyn join goaltender Eric Levine and winger Cody Dion on Peoria’s training camp roster, with camp scheduled to begin in early October. Full and partial season tickets for the 2019-20 season are on sale now through the Rivermen office, and single-game tickets are expected to be on sale in early October, prior to October 19’s season opener against Quad City at Carver Arena.