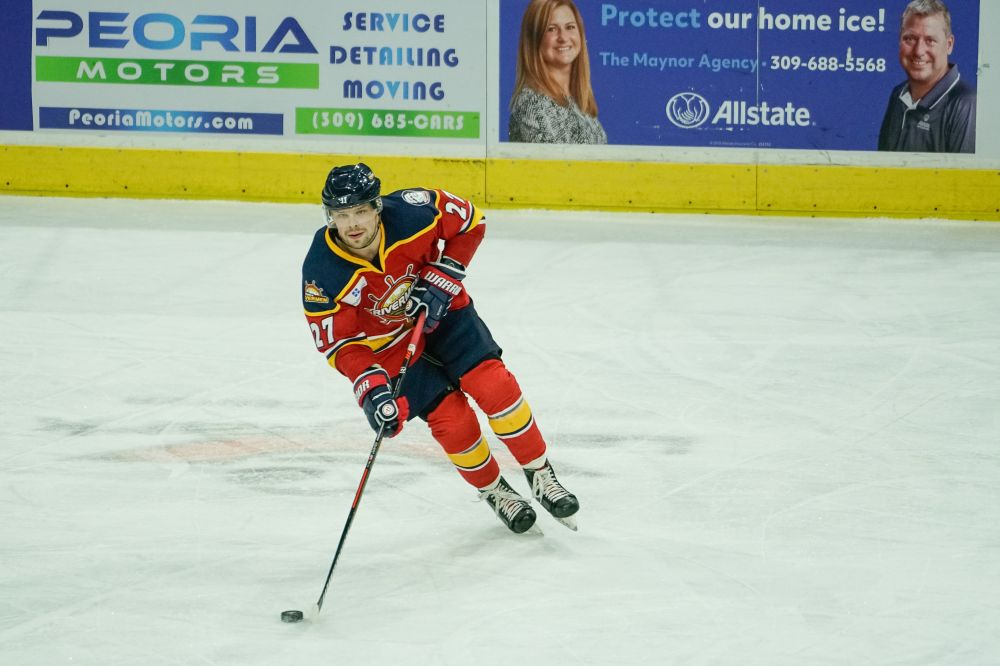 Peoria, IL – The Peoria Rivermen announced today that the team has completed a five-player trade with the Fayetteville Marksmen, acquiring the SPHL rights to protected defensemen Brandon McMartin and Kyle Thacker, and winger Darren McCormick. In exchange, the Rivermen have sent the SPHL rights to winger Joe Kalisz and center Will Smith to the Marksmen.

McMartin, 26, spent the bulk of the 2018-19 season, his first as a pro, in the SPHL with Knoxville and Fayetteville, where he combined for six goals and 11 assists in 43 games. In three playoff outings with the Marksmen, McMartin posted a goal and an assist, and he appeared in five regular-season outings with the ECHL’s Atlanta Gladiators.

Thacker, 26, spent the entire season with the Marksmen, netting two goals and assisting on 15 others. The SUNY-Potsdam product began his pro career last season with ECHL Wheeling, skating in four games following his senior season at Potsdam, where he was named team captain.

Kalisz spent last season divided between the Rivermen and ECHL Maine, netting 14 goals and 13 assists in 24 regular-season games and two points in two postseason contests with Peoria, adding four assists in 15 games with the Mariners. Smith scored eight goals and assisted on 12 others in 23 SPHL games last season before logging three goals and an assist in 22 ECHL games between Adirondack and Utah.