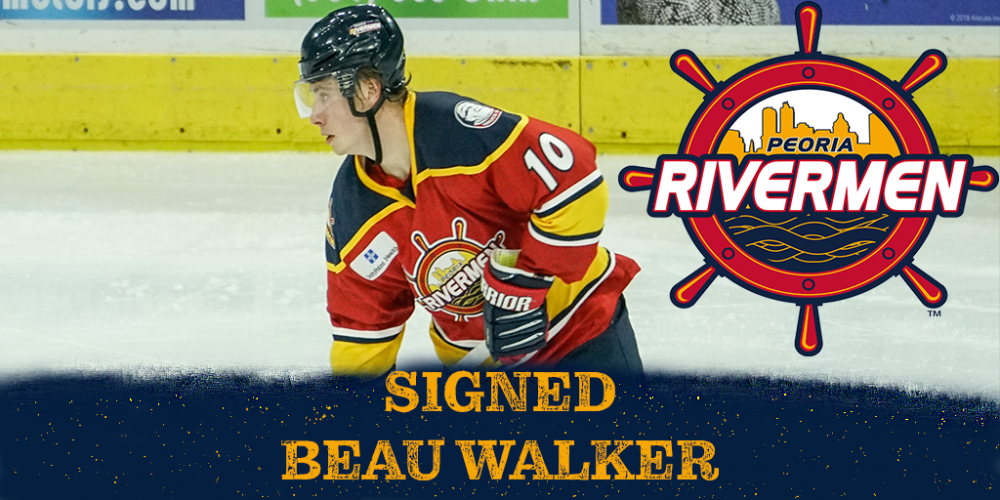 Walker, 27, skated in 34 games with the Rivermen last season. Out of West Richland, WA, Walker was loaned to the Rivermen from the Carolina Thunderbirds in the Federal Prospects Hockey League (FPHL) after posting 10 points in as many games. Walker’s second half with the Rivermen saw the winger hit his best stride in his professional career, racking up 25 points in 23 games. This includes the final weekend in March, where Walker netted back-to-back hat tricks against the Evansville Thunderbolts inside Carver Arena.

“It’s very exciting to bring Beau back to the Rivermen,” said Head Coach Jean-Guy Trudel. “We’re expecting him to play bigger minutes for the team this season. A guy you rely on in the big offensive situations. He will have a very big year.”

Walker joins a number of Returning Rivermen, including team Captain, Alec Hagaman, along with Cody Dion, Ben Oskroba, Jake Hamilton, and goaltender Eric Levine, who spent time with the Rivermen from 2013-15, and during the 2017-18 season.

Aside from Walker comes the signing of Casey Dion; older brother of Cody, who has already signed his professional tryout contract with the Rivermen. Casey, 31, looks to enter the professional hockey landscape after several years of playing the game recreationally while maintaining physical fitness. Dion played in various junior hockey leagues (most notably the North American Hockey League) before skating parts of three seasons with the University of Wisconsin-Superior NCAA Division III program from 2009-2012. The Rivermen are set to open training camp in early October.