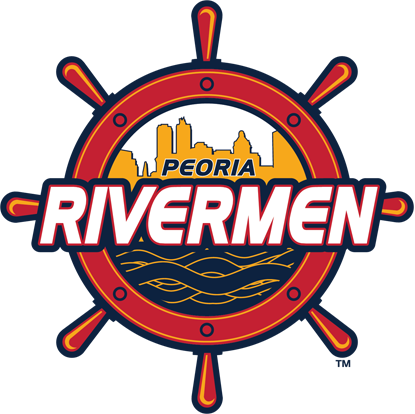 Peoria, IL- In accordance with the Southern Professional Hockey League, the Peoria Rivermen have announced their 19 man roster for Wednesday’s deadline as opening night approaches this Saturday.

Jean-Guy Trudel has elected to roll 12 forwards, six defensemen, and two goaltenders to begin the 2019-20 regular season. While the league does set the roster limit to 19, coach Trudel will carry a 20th player (Drake Hunter) on a three game contract, which the league allows five of per season.

In goal, Eric Levine and Jeremy Brodeur both have experience playing in the ECHL, and each goalie has been on the roster for an AHL team at multiple points in their career.

Overall, six players signed to contracts with the Rivermen played in higher levels a season ago. This includes Jordan Ernst, who played a game for AHL-Stockton last season, in addition to over 50 games in the ECHL.

Here is the submitted Rivermen roster:

The Peoria Rivermen begin the new season at home Saturday, October 19th against Quad City. Puck drop is set for 7:15PM for Bruce Saurs Hockey Night in Peoria, presented by Envision Insurance Group. A Rivermen magnetic schedule will be given out to the first 2,500 fans. Select lower bowl seats are just $10!

Season, group, and single game tickets for Peoria's 38th season of professional hockey presented by Midwest Orthopaedic Center are on sale now at the Toyota Box Office in the Peoria Civic Center, or by phone at the Rivermen office (309)-676-1040, located at 201 S.W. Jefferson Street. Single game tickets can also be purchased on Ticketmaster. For the latest Rivermen news and notes, follow online at www.rivermen.net or through Facebook (www.facebook.com/PeoriaRivermen) - Twitter(https://twitter.com/Peoria_Rivermen)