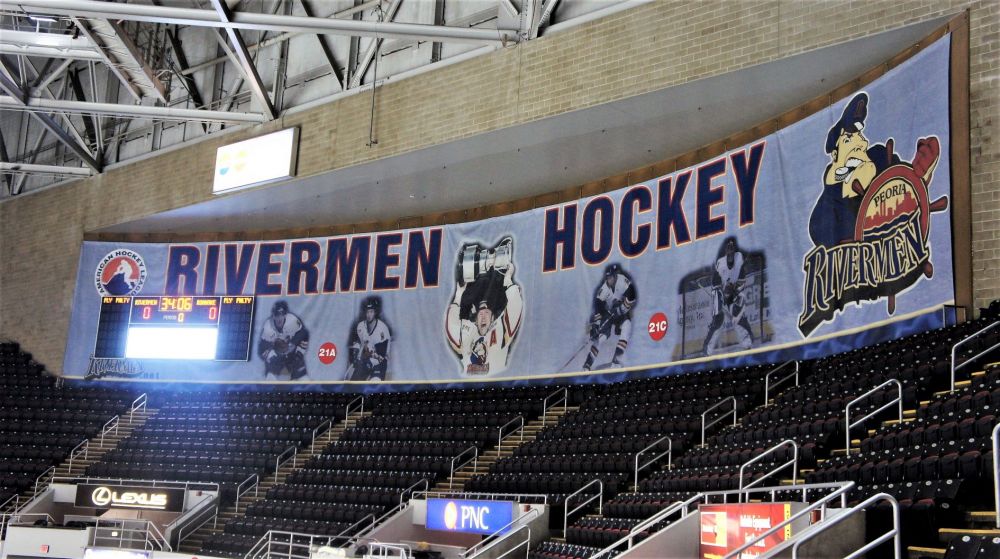 Peoria, IL- The Peoria Rivermen announced today that the team has signed forward Drake Hunter to a standard contract after previously being on a three game contract. Additionally, the team has placed defenseman Alex D’Oliveira on waivers.

Hunter, 25, made his season debut Tuesday morning in Evansville. Though it was the first game action for Hunter, the three game contract he was placed on to begin the year counts games a skater does not play in, making Tuesday’s game the last opportunity for head coach Jean-Guy Trudel to play Hunter before making a decision. A native of Greenfield, MN, Drake is one of five returning players from last year’s Rivermen squad. In 30 games, Hunter scored three goals and collected nine points.

Single, Season, and Group tickets for Peoria's 38th season of professional hockey presented by Midwest Orthopaedic Center are on sale now at the Toyota Box Office in the Peoria Civic Center, or by phone (309) 676-1040 at the Rivermen office, located at 201 S.W. Jefferson Street. For the latest Rivermen news and notes, follow online at www.rivermen.net or through Facebook (www.facebook.com/PeoriaRivermen) - Twitter(https://twitter.com/Peoria_Rivermen)