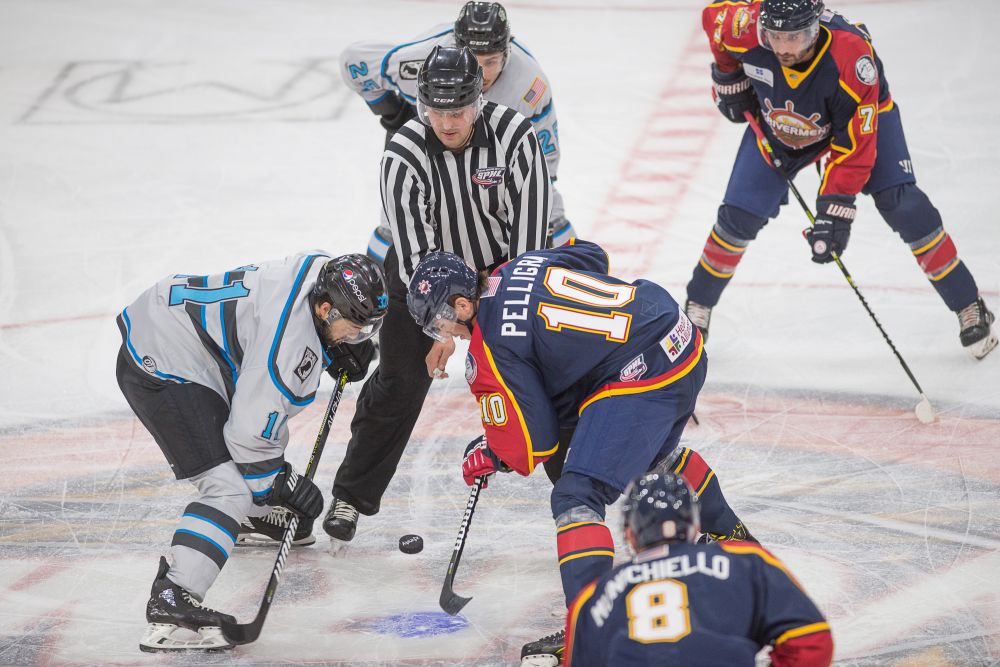 All four players skated in Saturday’s 4-2 preseason loss to Quad City. Durocher and Buttitta each registered shots on goal, while Shipitsyn was credited with an assist on a goal by Zach Nieminen. Claeys played the entirety of Saturday’s game, stopping 27 of 31 shots.

Monday is an off day for the team. Training camp resumes with practice Tuesday morning at the Peoria Civic Center. All SPHL teams are required to submit their official 19 man roster Wednesday afternoon in advance of Saturday’s regular season opener against the Storm.

Season, group, and single game tickets for Peoria's 38th season of professional hockey presented by Midwest Orthopaedic Center are on sale now at the Toyota Box Office in the Peoria Civic Center, or by phone at the Rivermen office (309)-676-1040, located at 201 S.W. Jefferson Street. Single game tickets can also be purchased on Ticketmaster. For the latest Rivermen news and notes, follow online at www.rivermen.net or through Facebook (www.facebook.com/PeoriaRivermen) - Twitter(https://twitter.com/Peoria_Rivermen)