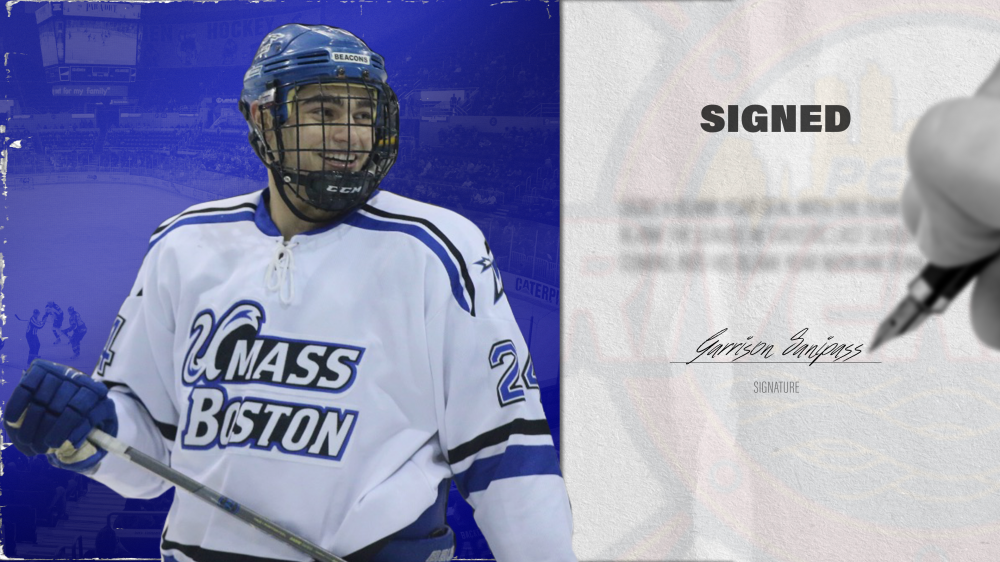 Another son of former NHL player lands in Peoria

Peoria, IL – The Peoria Rivermen claimed forward Garrison Sanipass off waivers from the Huntsville Havoc and have signed him to a standard professional contract. In a subsequent move, Rivermen head coach Jean-Guy Trudel has released forward Connor Fries.

Sanipass, 25, started his pro career earlier this season as a member of Huntsville. The 6’5”, 230lb. forward scored a goal and an assist in the Havoc’s win over Quad City last month. Before turning pro, Sanipass spent four years at NCAA-D3 UMass-Boston, where he scored 29 goals in 87 games.

The Sackville, NB native is the son of Everett Sanipass; 1986 first round draft pick by the Chicago Blackhawks. Everett played in over 150 NHL games between Chicago and the Quebec Nordiques.