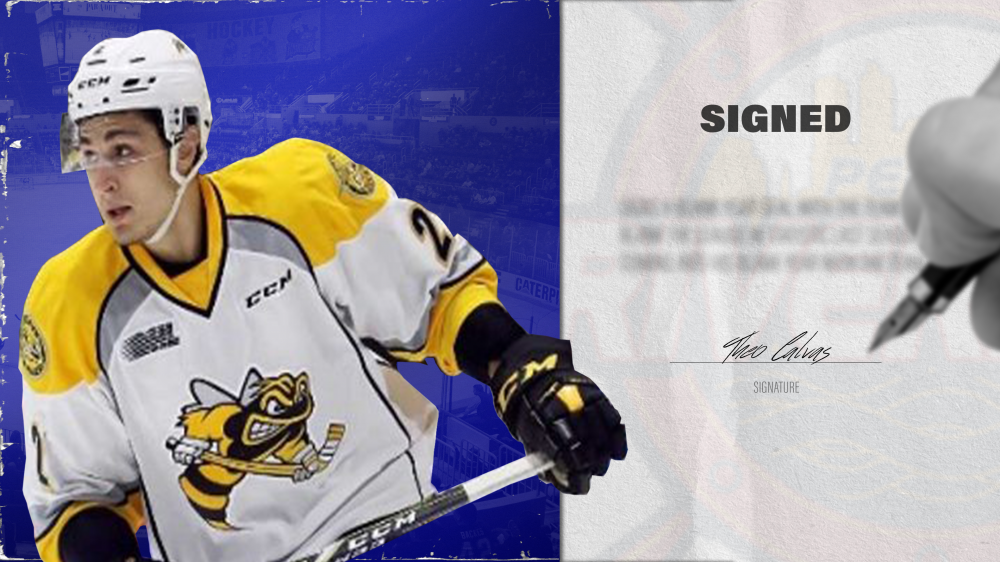 Calvas, 21, becomes the youngest player on Peoria’s current roster. That position was previously held by forward Jordan Ernst, who spent parts of two seasons with Calvas in the Ontario Hockey League as teammates on the Sarnia Sting. Calvas played over 200 games in the OHL, dressing for Sarnia, Sault Ste. Marie, and North Bay in the process. At the end of last season, the Southfield, MI native made his professional debut, skating for the ECHL’s Toledo Walleye.

Calvas began the late summer in training camp with ECHL-Cincinnati, before going to the Allen Americans where he played one game.